Hunter of His Own Kind
aka: Hunter Of Their Own Kind 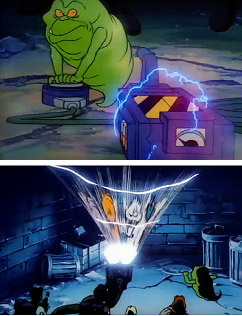 This is where you have Group X which is Always Chaotic Evil. Then there's Character Y, who somehow has the powers of Group X but has a conscience, often because he or she is a Phlebotinum Rebel or a Half-Human Hybrid of Warring Natures. So, Character Y becomes a Hunter of Monsters, and Defends Against Their Own Kind, allowing him to use his powers for a good cause. Sometimes, this turns out badly for the Hunter when it is revealed that his targets actually aren't totally evil, and a case of Van Helsing Hate Crimes can result.

For some reason, vampires seem particularly prone to doing this. You will see Dhampyrs, Friendly Neighborhood Vampires, and especially Vampire Detectives engaging in it. Maybe it's because they like to turn their enemies out of spite.

See also: Boomerang Bigot, My Species Doth Protest Too Much, Stages of Monster Grief, and Takes One to Kill One. Someone who actually succeeds in killing off their entire people or clan has committed Genocide from the Inside. Predator Turned Protector may lead to them protecting their supposed "prey" from their own kind, who feeds on the same prey. Contrast Monsters Anonymous. Compare Pro-Human Transhuman and Token Heroic Orc.

Alternative Title(s): Hunter Of Their Own Kind