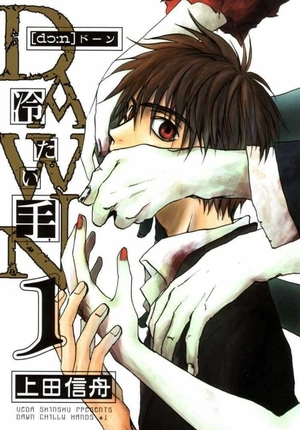 Nagasawa Takashi was an Ordinary High-School Student, passing his days studying and trying to attract the attention of his classmate Shirai Kyouko, until he was attacked by a strangely deformed rat. He returns to school only to hear about a strange serial killer on the loose, who attacks only at night and beheads his victims.

One night after school, he is attacked by a madman and briefly loses control of himself, killing the other man with his bare hands. Shortly after that, the doctor studying his case, who has been tracking him, tells him he has contracted an entirely new disease known as Nightshift, called this because it is active only between sunset and sunrise. Nightshift somehow affects its host's DNA before killing them; the dead hosts then rise as ravenous zombies.

Now Nagasawa is the only thing standing between the infected and the living. His disease cannot be cured, only slowed. His body is changing slowly into that of a monster. When he fights, he loses control of his mind.

And the zombies appear to be learning how to hide.

An ongoing horror manga by Shinsyu Ueda, Dawn Tsumetai Te ("Dawn Chilly Hands") is run-of-the-mill enough at first glance; but it has a focus on the psychological struggle Nagasawa undergoes as he fights the Nightshift, strong characterization, and a subtle sense of malice and insidiousness throughout the story.