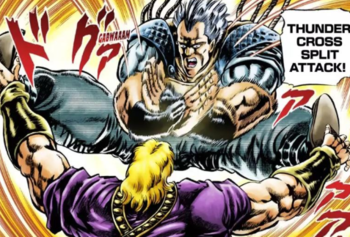 Calling Your Attacks in anime and manga.
(Note: We could save you a great amount of time and just say every Magical Girl, Shōnen, and Super Robot anime ever, but if you prefer specific examples, keep reading...)

open/close all folders
General
A