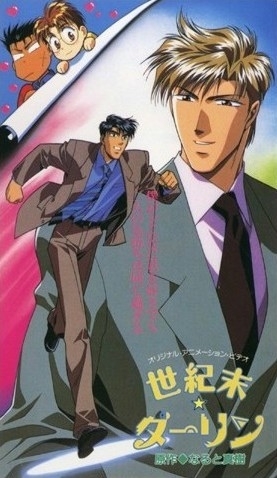 The Manga was adapted into a single half hour OVA in 1996 with the same title and story with the screenplay written by Shino Taira and character design and animation direction by Kazunori Iwakura, with input by original creator Maki Naruto.

Both incarnations feature a yaoi romantic comedy plot. Ogata, a kind hearted and hardworking man, loves Takasugi, another man. Takasugi, unknown to Otaka feels similarly - unfortunately, they're both Seme, and neither has any intention of being Uke. The manga and OVA highlight their attempts to express this while going on a vacation together.

Related to Millennium Darling, a 2006 Manga.