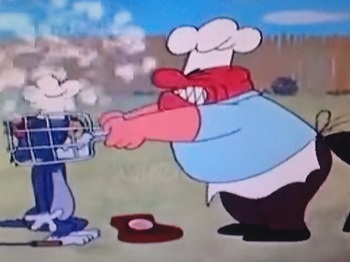 This is what you have to put up with when you've got people like this guy as your owner.
Most cartoons may be made for families, but there is no denying the fact that some cartoon characters can be complete assholes.

open/close all folders
A-C
D-L
Doug: "The more I saw, the more I didn’t like. Maybe Roger can be annoying, but Mr. Bone's nephew was just plain mean."
M-R
Advertisement:
S-X