Warning: All spoilers except those from the last season (Season 4) will be unmarked.

Crew of The Walrus 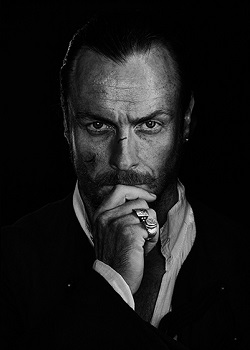 Captain James Flint, real name James McGraw, is the Captain of the pirate ship Walrus, and known throughout the West Indies as the most feared of all the Golden Age pirates. His charisma masks a deep, simmering rage, and a propensity towards breathtaking violence. In order to hold off the British and Spanish forces he’ll make himself ruler of Nassau through any means necessary. 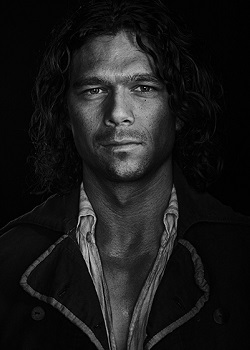 A lowly sailor turned pirate recruit, John Silver is a born opportunist. He insinuates himself into the crew of Captain Flint while secretly possessing the “schedule” Flint so dearly wants. A staunch individualist, Silver resents authority of any kind, a quality that brings him into direct conflict with Flint, even as events conspire to make them reluctant partners in the quest to take the Treasure Fleet. 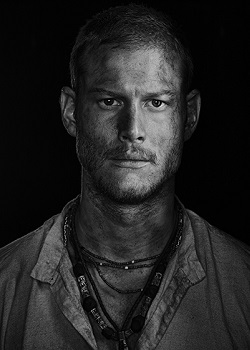 "You chose. Live with it."
Played By: Tom Hopper

Boatswain of the pirate ship Walrus, Billy Bones is key to smooth operations on the ship, and is widely assumed to be the next quartermaster should anything happen to Gates. Billy’s belief in the righteousness of the pirate cause will be continually tested as he’s drawn deeper and deeper into Flint’s plans for the future. 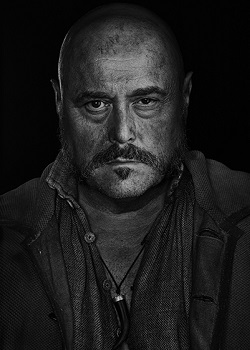 Played By: Mark Ryan
"There are no legacies in this life, are there? No monuments, no history, just the water. It pays us and then it claims us, shallows us whole."

Gates is the Walrus’s Quartermaster, elected representative of the crew’s interests, and a check on the power of the ship’s captain. Gates is by far the most senior member of the crew; he is loyal to Captain Flint to a fault and is very much aware he’s playing a younger man’s game.

The ship's accountant for the Walrus. His job is to add the prices of stolen goods and to make an account of the payments to be doled out to the crew.

A pirate and member of Captain Flint's crew. Despite losing his sanity during a fight, he has not lost the loyalty from the crew.

A pirate and ship's master on the Walrus. An extremely competent and knowledgeable sailor, DeGroot's job is seeing to the maintenance of the ship and advising on matters of sailing.

A pirate and doctor on the Walrus. His job mostly involves him working on the injured crew after they take another ship.

A Japanese pirate aboard the Walrus.

A pirate on board the Walrus, and one of the crew's most skilled fighters.

A pirate who serves on the Walrus under Captain Flint.

A crew member for the Walrus, and the assumed next in line under Captain Flint. Singleton is fairly open about his dislike for the captain, and it's known that he is attempting to bring the majority of the crew to his side so he can replace Flint.

Crew of The Ranger 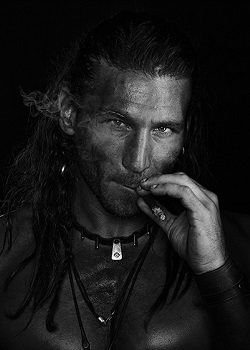 Played By: Zach McGowan
"As I am free, I hereby claim the same for Nassau. She is free today, and so long as I draw breath, she shall remain free."

Charles Vane is Captain of the pirate ship Ranger. Possibly the next great pirate captain on New Providence Island, he is known for his vicious temper as well as his tremendous financial success. 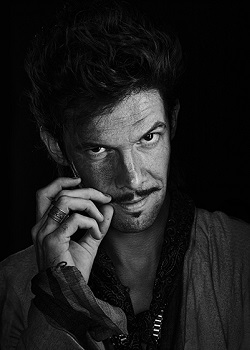 "To be underestimated is an incredible gift."
Played By: Toby Schmitz
"When I came here, I had nothing but my name and my wits. A man in a place like this, surviving on those two things alone, he suffers indignities, slights, ridicule... But I overcame it. I used the wits to build the name."

Rackham is the Quartermaster on the pirate ship Ranger, is the brains behind Captain Charles Vane's brawn, and in some ways even more dangerous than him. 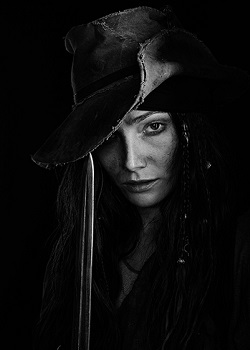 Played By: Clara Paget
"When someone gives you a life, it ain't truly your own. You owe some part of it back."

Played by: Patrick Lyster
No matter how many lies we tell ourselves or how many stories we convince ourselves we're a part of...we're all just thieves awaiting a noose.

A respected captain on Nassau, and the warden of the fort that provides security for the bay.

Played by: Ray Stevenson
"Strife is good. Strife makes a man strong. For if a man is capable of confronting death daily, functioning in the face of it, there's no telling what else that man can do, and a man whose limits cannot be known... is a very hard man to defeat in battle."

A pirate of good reputation in Nassau; not much of a fighter, but a man who knows his sailingcraft. He becomes Jack Rackham's first quartermaster. 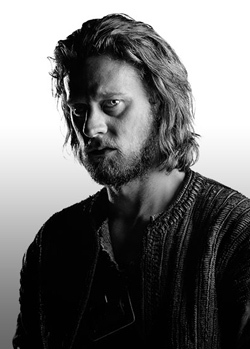 A mysterious, scarred, and extremely dangerous outcast living among the wrecks of Nassau Island — until Silver brings him into the main plot. 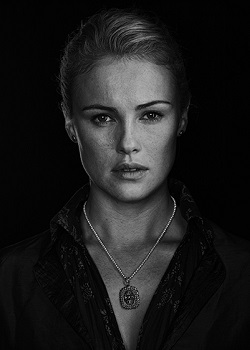 Played By: Hannah New
"Nassau is my father's house. It is my birthright, and I am obligated to see it set right."

Eleanor Guthrie is the beautiful and determined daughter of Richard Guthrie, the wealthiest black marketer in the Bahamas and the chief fence/supplier for the many pirate crews of New Providence Island. Left by her father to oversee all his dealings with the pirates in Nassau, she owns and operates the tavern on Nassau’s main street. In contrast to her snooty, self-interested father, Eleanor dreams of building something lasting by making Nassau self-sufficient. She wields considerable influence, leading her to form a pact with Captain Flint that will either bring her dream of complete independence to fruition, or doom it entirely. 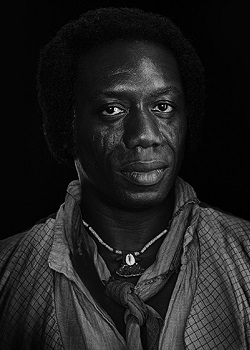 Eleanor Guthrie’s right-hand. Formerly Richard Guthrie’s house slave, his loyalties will be put to the test as Eleanor allies herself more closely with Captain Flint. 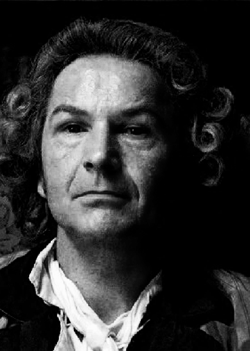 A smuggler and the richest black marketer in the Bahamas. Because of this, he has become a powerful and dangerous man. 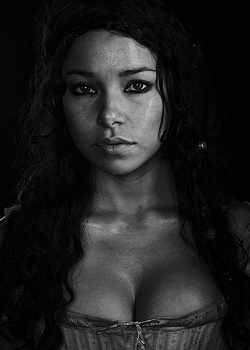 Max is a seductive, cunning, and cool-headed prostitute in the brothel on Nassau. In Eleanor Guthrie, she’s found a kindred spirit, a lover, maybe even a savior, but when her aspirations and Eleanor’s begin to conflict, their relationship, and Max’s well-being, take a dark turn for the worse… 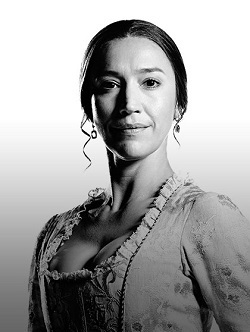 "If you and I are to be partners... then we ought to be partners."
Played By: Louise Barnes
"Thomas was my husband. I loved him, and he loved me. But what he shared with you? It was entirely something else."

A mysterious woman connected with Flint. It is hinted at that she is the motivation for his hidden agendas.

A prostitute on Nassau with a talent for extracting information from men. In the first season, she is the closest thing Max had to a friend, and in the second, she becomes Max's Number Two in the brothel.

Madi
Played By: Zethu Dlomo
The daughter of the Maroon Queen and Mr. Scott. Deeply concerned about her people's welfare and heir to her mother. Future wife of John Silver.
The Maroon Queen
Played By: Moshidi Motshegwa
The wife of Mr. Scott and the mother of Madi. Ruler of Maroon Island and trying to balance the safety of her people with being a refuge for escaped slaves and fighting off the attacks from the British empire.
Julius
Played By:Tony Kgoroge
An escaped slave who led an uprising and later found Maroon Island. Does not trust Silver and the Pirates. 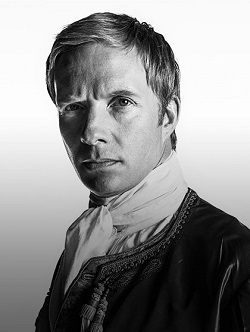 "And the moral of the story: everybody needs a partner."
Played By: Rupert Penry-Jones
"Thomas Hamilton fought to introduce the pardons to make a point. To seek change in England. And he was killed for it."

The son of Lord Alfred Hamilton. Ordered to find a solution for the pirates of Nassau before the series began.

Played by: Luke Roberts
"Somewhere on the other side of the world, Spain and England are fighting yet another war over what king will sit upon what throne. Meanwhile, we fight an enemy here determined to see all of civilisation collapse. The only thing standing between them an their goal is you and I. And no one else seems willing to lift a finger to help. I hope at some point someone will explain to me what sort of sense any of that makes."

The newly-appointed governor sent to Nassau to stamp out Piracy in the Bahamas.

Played by: Chris Larkin
"There isn't a good man among them. Not anymore. Some of them may have been, before all this. Some of them may be again on the other side of it. But right now, good men are not what the moment requires. Right now, the time calls for dark men to do dark things. Do not be afraid to lead them to it."

Woodes Rogers's new second in command who elected to remain in Nassau when the fleet was recalled.