Just be aware this was a show where Anyone Can Die And Almost Everyone Did so Death Tropes will be visible even if the circumstances are spoilered. You were warned.

For an index of the actors and actresses who have a dedicated page, see here. 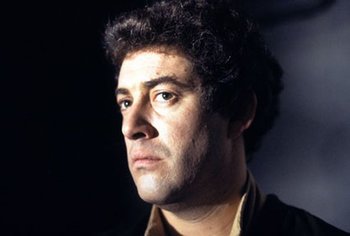 The show's original protagonist, the leader of a rebellion against the oppressive Federation (twice) who escaped from a prison ship and now leads a small cell of rebels. 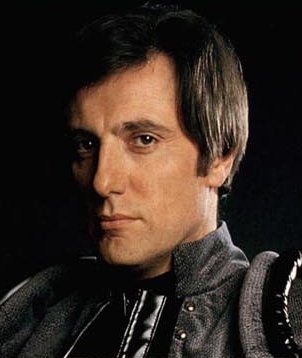 A computer fraudster who was part of the crew who Blake escaped with. A cold and snarky man who becomes the show's second protagonist. 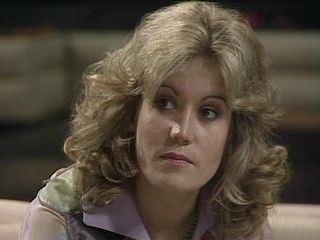 A smuggler and professional criminal, the only female member of Blake's original crew. 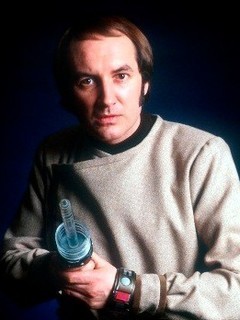 "I hate personal violence, especially when I'm the person."
Played by: Michael Keating (1978-81)

A likeable (if self-serving) professional crook who becomes, surprisingly, the emotional core of the crew. 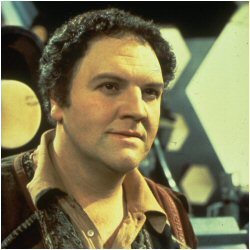 A convicted murderer who acts as Blake's primary muscle, despite an essentially phlegmatic personality. 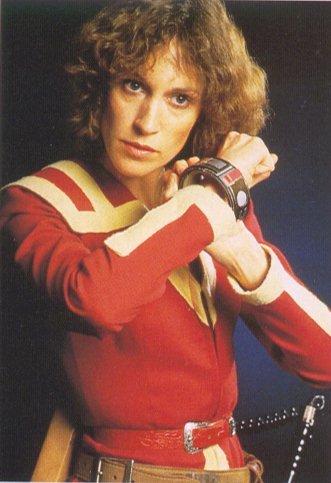 "My people have a saying: A man who trusts can never be betrayed, only mistaken."
Played by: Jan Chappell (1978-80)

A telepathic alien rebel who joined Blake's crew after the rest of her team were killed. 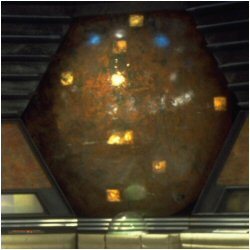 An incredibly powerful alien battleship that Blake and Jenna stumbled on and befriended. 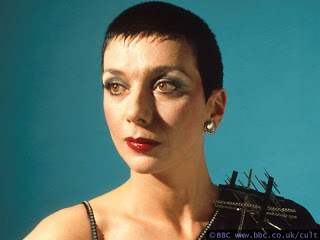 The utterly ruthless and self-centred head of the Federation armed forces, and later the Federation itself. You might think that she's the kind of sexy female villain who is just looking for a man to seduce and reform her. You would be very, very wrong.

A senior Federation military officer, soaked in blood and desperate to shed some of Blake's.

Later recruits to the Seven 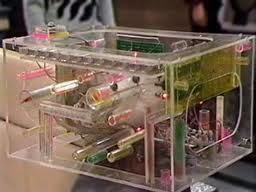 "There seems little point in wasting time on such an explanation since you will be incapable of understanding it."
Voiced by: Derek Farr (1978); Peter Tuddenham (1979-1981) 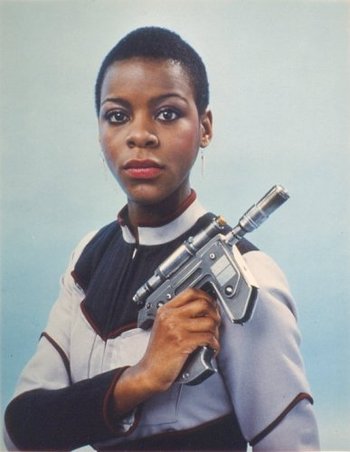 I like the ancient weapons: the spear, the sword, the knife. They demand more skill. When you fight with them, conflict becomes more personal... More exciting.
Played by: Josette Simon (1980-1)

A weapons enthusiast whose father was murdered by Servalan, causing her to join Avon's crew purely because it seemed the best chance of getting revenge on her. 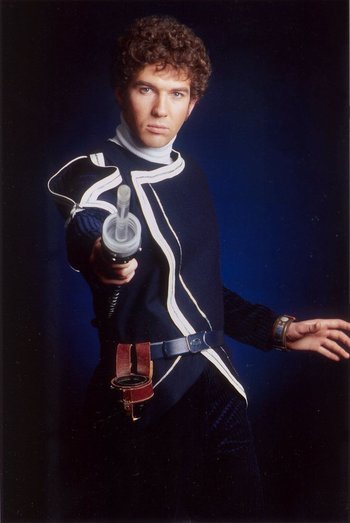 A charming, questionably moral guy who thinks he's a sexy, charismatic space hero. Unfortunately, that isn't the kind of universe he lives in. 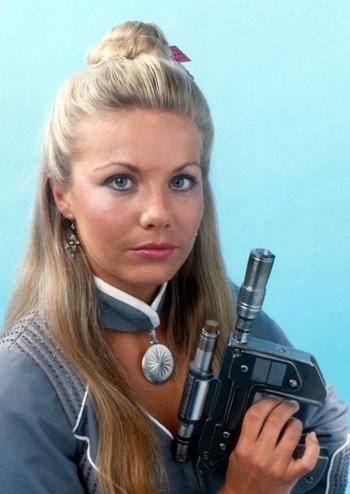 A cold and emotionally scarred gunslinger who joins the Seven after her boyfriend tried to kill them (and also her). 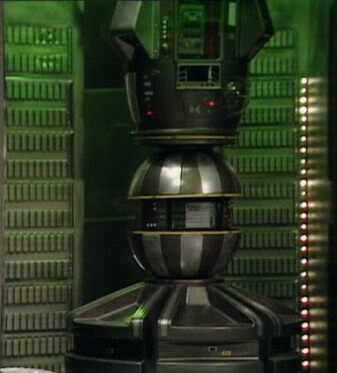 The ludicrously subservient Master Computer of Scorpio, the second spacecraft acquired by our anti-heroes.