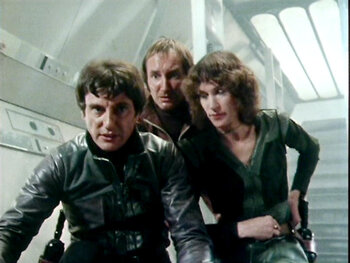 The crew of the Liberator are forced to Abandon Ship during the battle against the Andromedan invasion force. Avon crashlands his life capsule on the planet Sarran, where he encounters a young and beautiful Action Girl and an all-too familiar Femme Fatale.