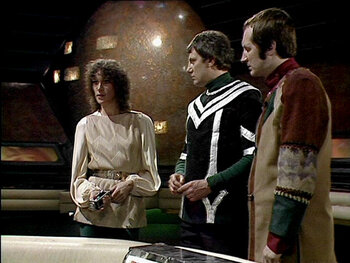 "I'm just checking to see if they're contracted for next season."
Written by Terry Nation.
Directed by Vere Lorrimer.
Airdate: 27 March 1978.
Advertisement:

Following on from the previous episode Blake is determined to deliver the medical supplies to Ensor, his mission made more urgent by the fact that everyone who was on Cephlon has radiation poisoning. He is unaware that Servalan and Travis are also on the planet, planning to take Orac for themselves.