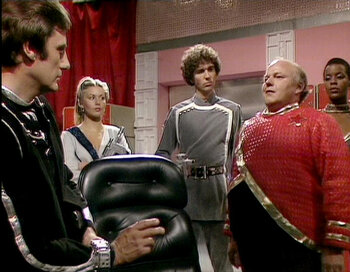 Would you trust a consignment of gold to this man?
Written by Colin Davis.
Directed by Brian Lighthill.
Airdate: 30 November 1981.
Advertisement:

Avon is contacted by a former colleague who wants their help in robbing a shipment of gold.