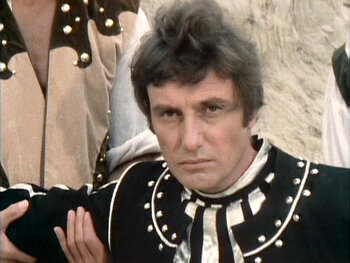 The face of someone who's just been told Servalan is his new mistress.
Written by Rod Beacham.
Directed by David Sullivan Proudfoot, and Vere Lorrimer (uncredited).
Airdate: 9 November 1981.
Advertisement:

When our heroes discover that Servalan has hired a professional assassin known only as Cancer to eliminate them, they decide to strike first.