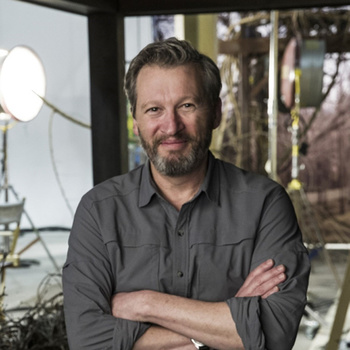 A native of the Illinois section of suburban St. Louis, Kwapis earned a bachelor's degree at Northwestern University and enrolled at the University of Southern California's film school, where his thesis film For Heaven's Sake won a Student Academy Award. After directing acclaimed episodes of the ABC Afterschool Special and its CBS counterpart Afternoon Playhouse, at age 27 Kwapis was hired for his first major project, directing the first Sesame Street movie, Follow That Bird. While it was a disappointment at the box office, the film was almost universally praised (even Cahiers du Cinema loved it), and Kwapis has worked at a steady pace since then, specializing in comedy and bouncing freely between film and television. In fact, his TV work is probably his biggest legacy. He was a frequent director on The Larry Sanders Show and Malcolm in the Middle, and was a major force in adapting The Office to American television, directing the pilot and establishing much of the show's unique style, followed by directing most of the first two seasons. He directed the 100th episode ("Company Picnic") and the Grand Finale as well.

He's married to fellow writer-director Marisa Silver, and the two worked together on He Said, She Said. in 2020 he published But What I Really Want to do is Direct, partly a memoir and partly an advice book for aspiring filmmakers.

Television shows that Kwapis has directed multiple episodes of: