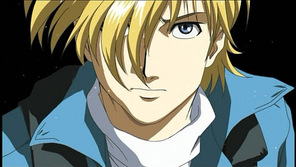 A young man trained as a commercial pilot by Yamato Airlines. His dreams of becoming a commercial pilot are crushed when his "friend" Kanzaki tricks him into signing a three-year mercenary contract with the Asran air force.
Mickey Simon 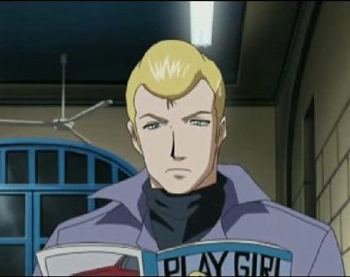 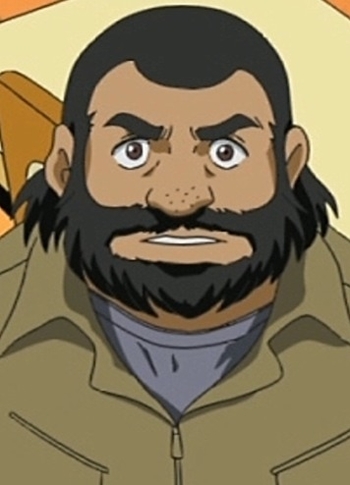 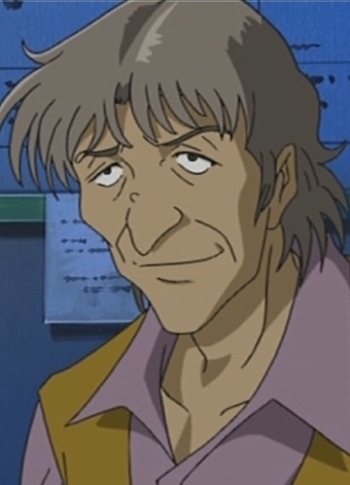 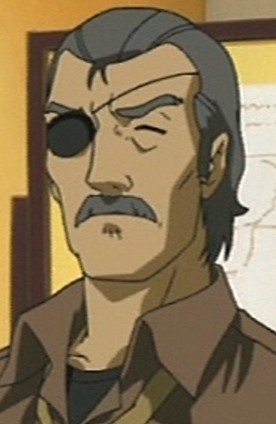 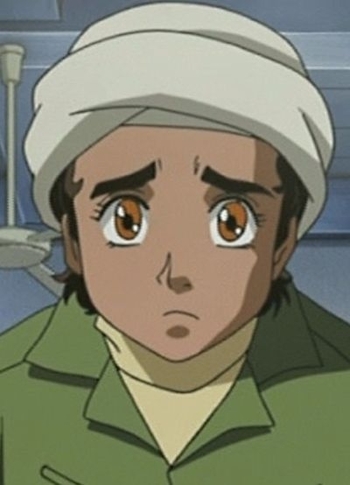 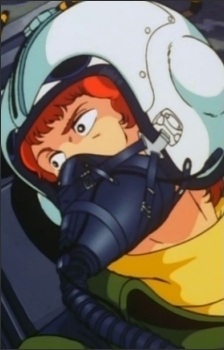 An Area 88 fighter pilot who is blinded during aerial combat. He panics, shooting recklessly at friend and foe alike. Shin is forced to perform a mercy kill on him to protect the rest of the squadron.
Nguyen Van Chom
Japanese Voice Actor: Chikao Ohtsuka
A sadistic, unstable Vietnamese fighter pilot who briefly serves at Area 88. 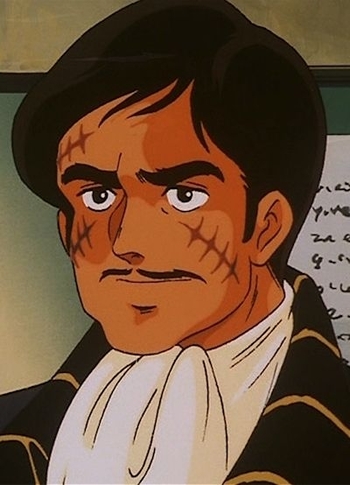 A former major in the West German air force, descended from a long line of ace fighter pilots. He serves at Area 88 to escape a tragic past. 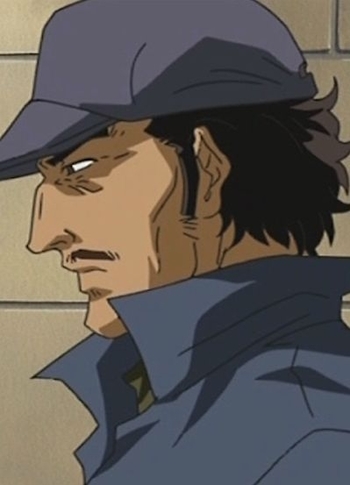 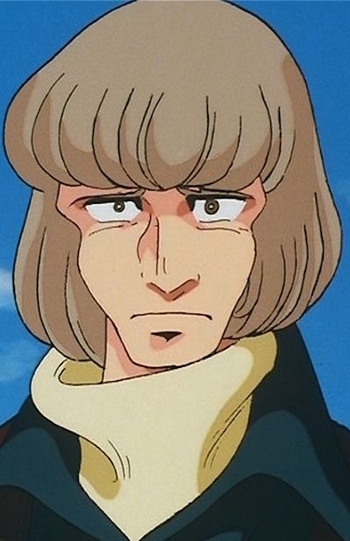 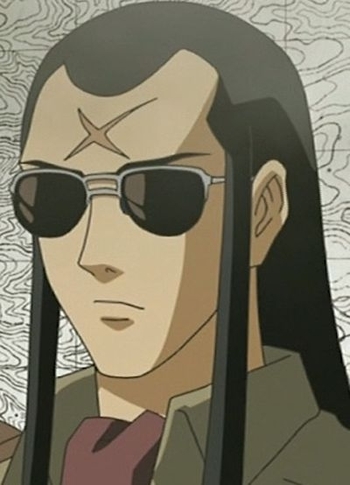 The monarch who rules Asran. He fights a civil war against anti-government forces led by his brother, Abdael.

An Asranian prince who leads the anti-government forces in Asran's civil war. 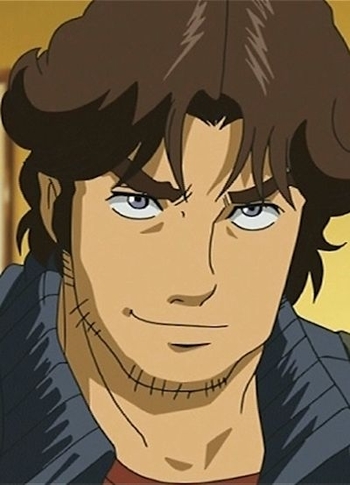 A photographer researching the Asranian civil war and mercenary life at Area 88.

Gary "Mac" MacBurn
(Manga only)
An American veteran from Harlem who served alongside Mickey during the Vietnam War. The head of Project 4's forces in Asran under Kanzaki.
Laurent Bosch
(Manga only)
A French mercenary leader who recruits Shin for an escorting mission in the African nation of Bambara.
Error
(Manga only)
An androgynous mercenary who serves under Bosch.
Escape Killers
Japanese Voice Actors: Shigeru Chiba (#1), Ryouichi Tanaka (#2), Tomohiro Nishumura (#3)
Patrick Reed
2004 Anime
Unnamed Sniper
2004 Anime 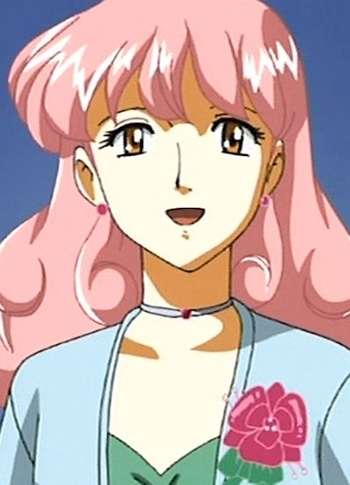 A wealthy young woman who was romantically involved with Shin before his disappearance. Daughter of the president of Yamato Airlines.
Taeko Yasuda
Japanese Voice Actress: Yoshiko Sakakibara 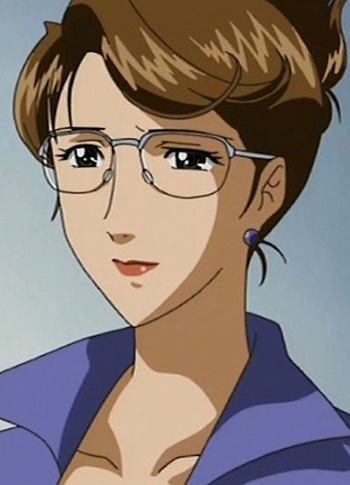 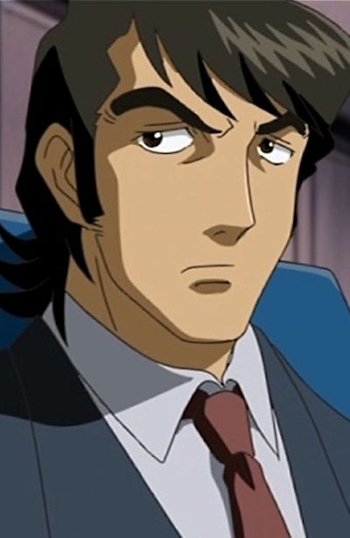 A ruthless, power-hungry man who grew up with Shin at the same Catholic orphanage. He gets Shin out of the way by tricking him into signing a three-year contract with the Asranian air force, then sets out to take over Yamato Airlines. In the manga, he becomes the leader of a global arms network called Project 4 and interferes with the civil war in Asran.
Guisseppe Farina
Japanese Voice Actor: Joji Yanami
English Voice Actor: Marty Fleck 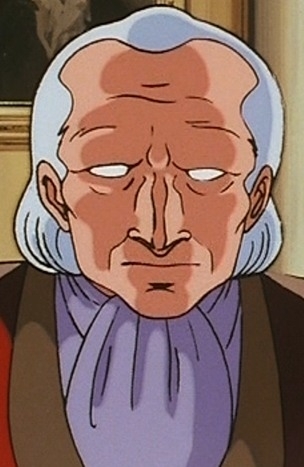 Farina's secretary, Kanzaki's lover, and later a member of the Project 4 arms network.

Josephine "Josie" Durant
(Manga only)
An orphan of mixed Japanese-French ancestry, whose heartbreaking story prompts Ryoko to adopt her.
Matsunosuke Sawa
(Manga only)
An employee of Yamato Airlines and Saki's bodyguard during his time in Europe.
Kanzaki's Mother
(Manga only)
Kanzaki's mentally unstable mother who committed suicide when Kanzaki was a child.
The Balla Homme Family
(Manga only)
The ruling family of the African nation of Bambara.