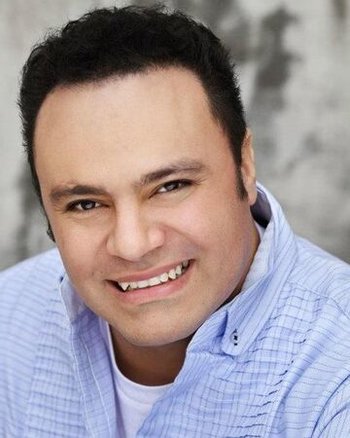 Illich Auyapah Guardiola (born July 5, 1974 in Honduras) is an American former actor and voice actor for ADV Films, Funimation and Seraphim Digital Studios. He easily has one of the most recognizable voices, with a unique accent that is hard to pinpoint. In Houston, TX, Illich is also known as "The Honduran Hotcake."

In 2014, he was caught in an affair with one of his 16-year-old students and was planning to marry her in Las Vegas with the permission from the student's mother. Guardiola was arrested for sexual assault charges, but the charges were dropped later. Regardless, due to the controversial relationship with the minor, his voice acting career has pretty much ended.