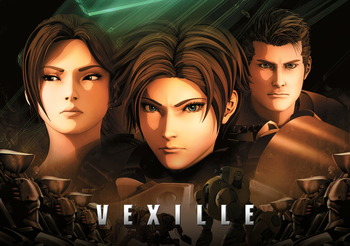 For ten long years, Japan has hidden itself from the world behind an electronic curtain. Since the UN adopted strict limits on the development of cybernetic and biological technologies to avoid possible scientific abuses, Japan has chosen to continue the research hidden from the world's eyes. All the world knows of Japan comes from the Mega-Corp that runs the country, Daiwa, which continues to export state of the art robotic weaponry to the highest bidder. Until now.

Tipped off about a clandestine meeting between a Japanese official and representatives from various governments, the agents of S.W.O.R.D. are on a stakeout to see what has changed. After the council is massacred, they move in to discover the Daiwa executive, Saito, is perfectly willing to cut off his own leg to escape... a thoroughly replaceable leg.

Now S.W.O.R.D. must do the unthinkable, infiltrate Japan without government backing to discover the secret they have been hiding from the world.