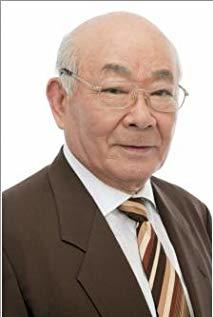 Chikao Ohtsuka (大塚周夫) (July 5, 1929 - January 15, 2015, aged 86) was one of the oldest and veteran seiyu in the business, with his last name also being spelt as "Ootsuka" depending on the romaji. He was Akio Ōtsuka's father, and they've worked together in several series, making them a rare father-son pair working in tandem in the business. He was the signature voice of Dr. Ivo "Eggman" Robotnik in the Sonic the Hedgehog games. His forte was mostly old, past-their-prime men, which could range from Cool Old Guy or Evil Old Folks; the latter can be raised up to eleven to monstrosity levels (he even dubbed Hitler!).

Sadly, he passed away on January 15, 2015 due to an Ischemic Heart Disorder

. Kikuko Inoue, Mayumi Tanaka, Hiroaki Hirata, Masakazu Morita, Kōichi Yamadera and Rie Tanaka were among the attendees at his funeral. May he rest in peace.

This is good, isn't it? (Metal Gear Solid 4: Guns of the Patriots)