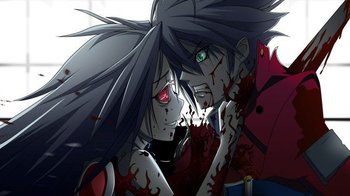 "You're not allowed to have any other lovers, Ragna... I'm the only one who can have you..."note What makes this really creepy is, that's his sister... Sorta.
Advertisement: