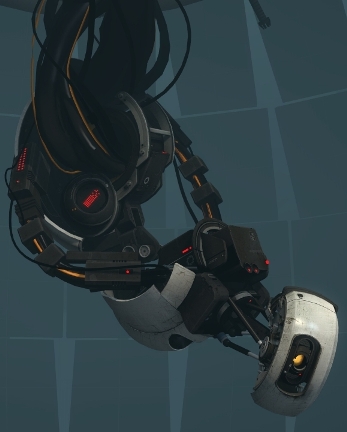 And now you_are-reading this in the sound of my voice. Good news, everyone! The Enrichment Center apologizes for the brain displacement.

Just so you know, my conscience has recently and temporarily been transferred to a miniature brick-built version of myself.

Also, that British-speaking spherical idiot has his own page. I really don't SEE why people are fascinated with him. However, Aperture Science protocol obligates me to mention it. So there, I mentioned it. I hope that makes you happier.

Tropes that I, GLaDOS, demonstrate: