Ahah, there's nothing more that I love than my love's sweet, sweet voice... 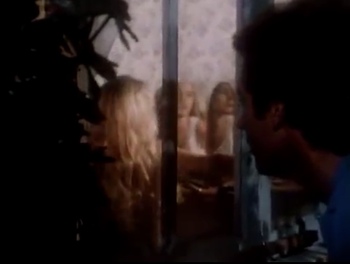 Jenny, Jenny, you're the girl for me!
Oh, you don't know me, but you make me so happy!
Advertisement:

Or the sound of Alice's screaming...!!