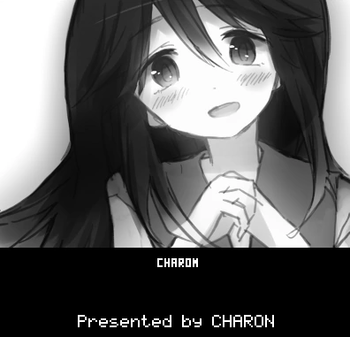 A self-portrait, as seen in her works.
Charon is a creator of freeware, narrative-focused Visual Novel-like games, mostly made with RPG Maker, but sometimes with other engines like Wolf RPG Editor as well.
Advertisement:

The games she has made, with their own pages, are:

Some of her other games are:

Charon is currently having an ongoing Web Animation called Yandere Opera, which is available on her YouTube channel here

Tropes common to Charon's works include: