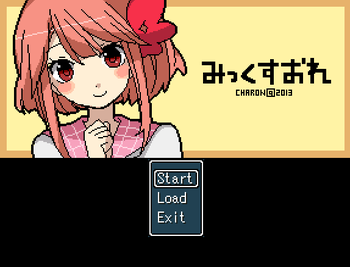 . Unlike her other games, this is a Story Branching game with a horrible twist to it.
Advertisement:

Kantarou is a young man who finds himself in a hospital bed and suffering from amnesia. He sees a girl sitting by his bed with a cup of a mysterious drink. Who is this girl and what relation does she have with Kantarou?

The game also received a Spin-Off called Millefiori, which builds upon Rikana's story prior to the events in the main game.