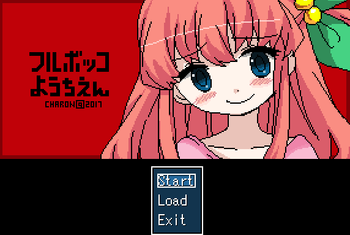 Bokko Youchien (Kindergarten of Bashing) is one of Charon's Visual Novels, created in Wolf RPG editor and released

It follows a child's bad day at kindergarten. The protagonist, Mitarou, may be one of Charon's previous works' heroines' son.

Warning: That story is really short and simple so it's recommended to play or see it before seeing that page to get the full surprise factor. As such, spoilers will be UNMARKED.