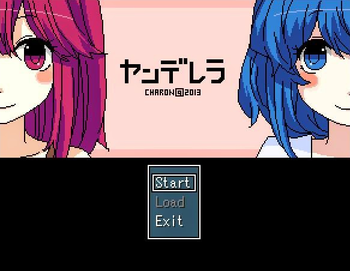 Yanderella is a 2013 horror game made by Charon in RPG Maker. It can be freely downloaded here

Yatarou is a high school student who has two close friends, Honoka and Hinata. Hinata, who had moved away while they were in elementary school, comes back to visit, and the three of them decide to spend time together while she's in town. As the days go by, the girls become possessive and clingy towards Yatarou...