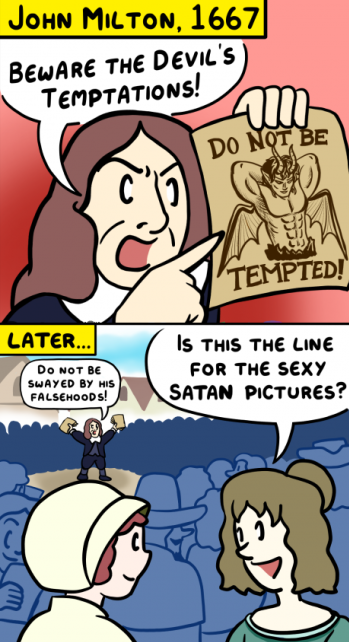 Better to reign in Hell, than serve looks.
Examples of Misaimed Fandom for characters in Literature.
Advertisement: