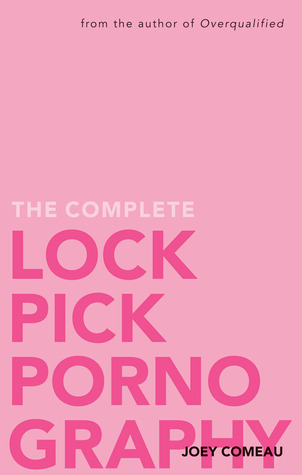 We’ve already got more than our share of gay Gandhis. We need a General Patton.
Advertisement:

The narrator is so incredibly angry at the heteronormative system that he (sometimes) believes that any acts against it are justifiable, up to and including the above robbery and kidnapping. Most of the book is him and his friends driving around, pulling pro-queer pranks and committing crimes. They steal from the married. They crash frat parties. They break into elementary schools dressed as cartoon characters to distribute kid's books about being gay. Eventually, stuff gets out of hand.

Available at the author's site http://cargocollective.com/joeycomeau/Lockpick-Pornography