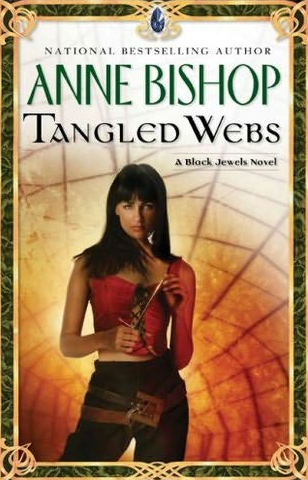 A "dark" fantasy trilogy series by Anne Bishop, involving high amounts of rape, torture, and other abuse. If you're sensitive to these subjects, steer clear. Largely notable for trying to invert a number of standard fantasy setting tropes - power is matriarchal, black is the most powerful color, the demons are the good(ish) guys, and so on.
Advertisement:

The individual books are:

Wilhelmina gets a passing mention in one of the later books, having lived in Janenelle's cottage until moving out, presumably to her own house and her own life as she is mentioned to have her living costs covered by the Sa Diablo family.