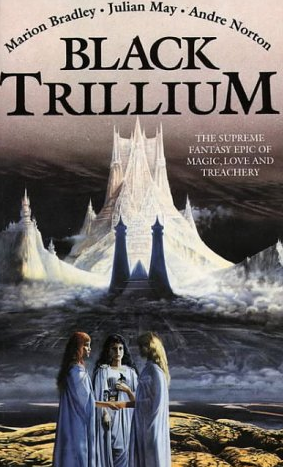 A 1990 fantasy novel co-written by Andre Norton, Marion Zimmer Bradley, and Julian May. It is also the first book in the Trillium series, consisting of four more novels set in the same universe and featuring more or less the same cast. After the original novel, however, the three co-authors decided to write the sequels separately, so there are effectively three mutually exclusive continuities, of which Black Trillium is the smallest (and only) common denominator.
Advertisement:

The principle characters of the novels are:

The novel and the subsequent series contain examples of following tropes: