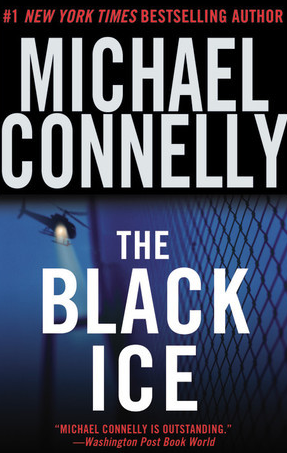 The Black Ice is a 1993 detective novel by Michael Connelly, the second to feature LAPD detective Harry Bosch.

Bosch investigates the death, apparently by suicide, of narcotics officer Calexico Moore. At first it appears to be an open-and-shut case, with Cal Moore found dead in a fleabag hotel, and a match to his fingerprints. But Harry Bosch is suspicious, and he grows more suspicious when he finds out that Moore was the reporting officer on a murder in an alley the day before he disappeared. He grows still more suspicious when the unidentified Mexican corpse in the alley is traced to Mexicali, Mexico—where Cal Moore grew up. Eventually Bosch stumbles into a major conspiracy involving murder and drug-smuggling of the cocaine-heroin mixture called "black ice".