These are the cast members of Utawarerumono. As always, beware of spoilers especially in how the page itself is organized: Characters are listed in the order they are either recruited or when not applicable the order in which they are encountered. 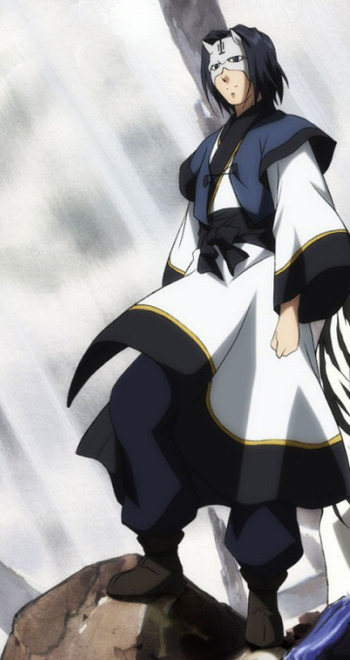 Initially the unnamed protagonist of the series, he is found gravely injured in the forest by Eruruu, a local of the area. Eruruu and her grandmother nurse him back to health over the following few days, but he is unable to remember his name or who he is. Even without a history, Hakuowlo becomes a well respected member of the village community where he was found. He is given the name of Eruruu's and Aruruu's late father by their grandmother. 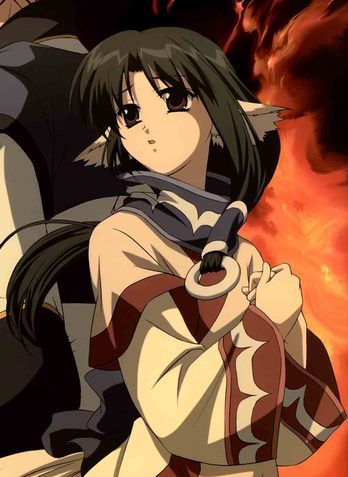 A herbalist and healer in training. She finds Hakuowlo unconscious in the woods while scrounging for herbs. Her name comes from a flower that exists only within the fiction of the story. Her and her sister, Aruruu were orphaned when their mother died giving birth to Aruruu, while their father died for unknown reasons. She lives with her grandmother as an apprentice.

The young head of a small clan that lives deep in the forest near Yamayura, Oboro supported his clan by living as a brigand. 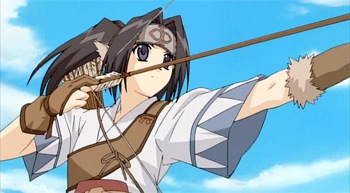 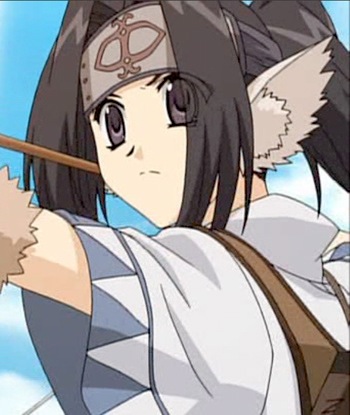 Identical twins, these are Oboro's most devoted vassals. While they pale in importance to their master as the series goes on, they are still dauntless fighters. 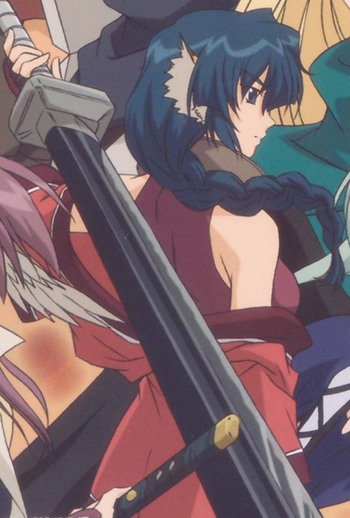 Before her home country of Na Tuunk was invaded by Shakukopolu, Karulau was a princess of the royal family. When young, she covered the escape for her brother Derihourai and their servant Katumau during the invasion. Karulau spent the remainder of her adolescent life up to the present day in captivity before eventually escaping, killing her captors aboard the transport ship she was on. She is found at the crash site of the vessel surrounded by the bodies of the crew. 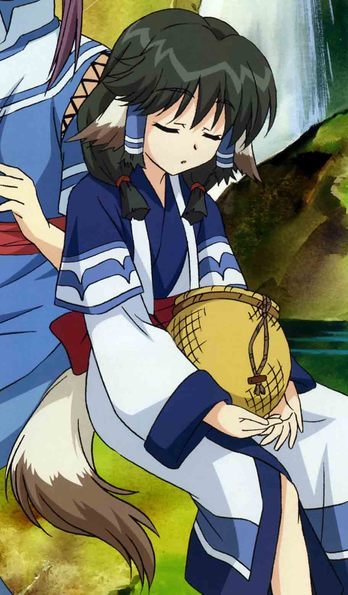 Eruruu's younger sibling. Her name is also from a fictional flower, one which thrives in close proximity to the eruruu blossom, thus giving them the title of "sister flowers". Her personality is strongly antisocial towards strangers and requires some positive impact in order for a friendship to be fostered. 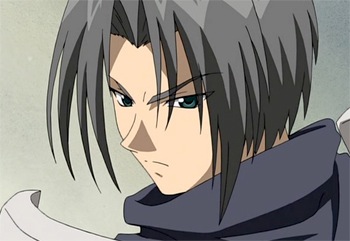 The original Samurai General of Kenashikorupe, a calm and collected warrior with considerable intelligence and a master of the halberd. Though initially an enemy towards Hakuowlo, his life is spared and he becomes Hakuowlo's general, serving him loyally and faithfully throughout the story. 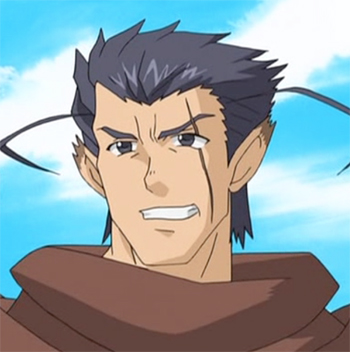 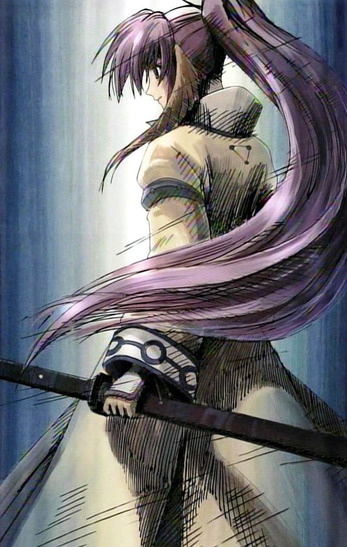 A member of the Evenkuruga tribe, Touka is exceptionally skilled with a sword due to her heritage. Outside of battle, however, she's kind of an idiot. 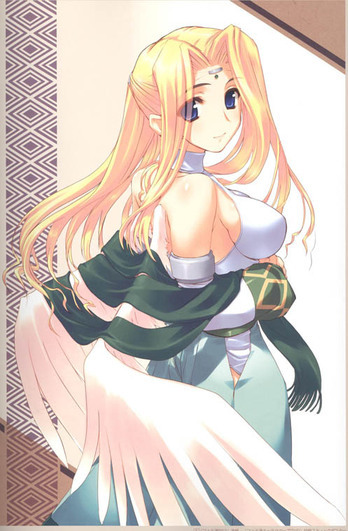 Princess of Onkamiyamukai, sent to the newfounded kingdom of Tuskur to act as its official mediator. 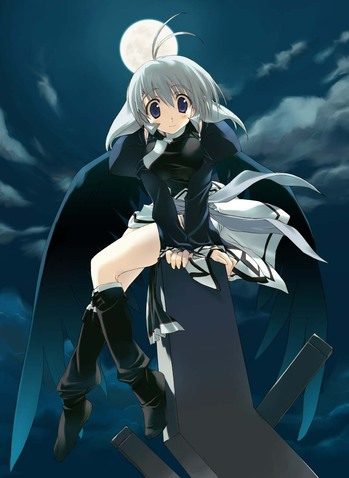 Ulthury's little sister, a childish girl who, uniquely amongst her people, has black wings. 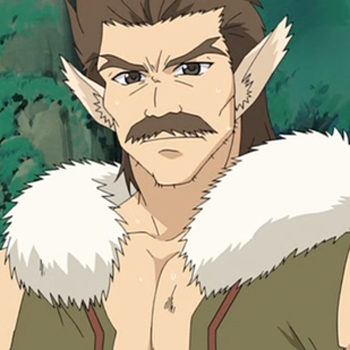 Nicknamed "Pops", this burly, axe-wielding man is the good-hearted, braggadocious "headman" of Yamayura Village and forms a fast friendship with Hakuowlo. 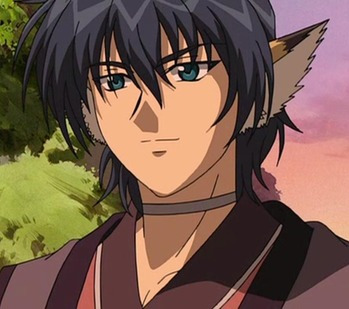 Karulawaturei's younger brother. After he was rousted from his position as prince of the country, he formed a group of rebels named the Kenam in order to overthrow the current emperor Suonkasu. The country of Tuskur aids him in his conquest on a request from Karulau. After the defeat of Suonkasu, he is elected its emperor and re-names it after his sister. 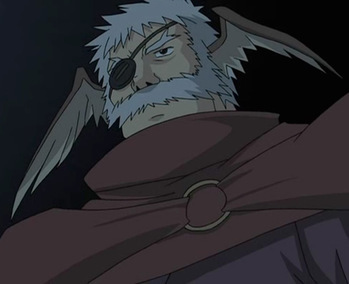 Elderly warrior of the Evenkuruga, sworn to the service of the Kunnekamun emperor.

Son of the feudal lord of Yamayura Village and nephew of the region's king, Nuwangi grew up in Yamayura village, where he befriended Eruruu and had a childhood crush on her, but moving off to live with his father evidently spoiled and corrupted him. He disdained the simple life of Yamayura's villagers and delighted in tormenting them by exerting his "importance" over them. He was ultimately responsible for inspiring Hakuowlo to lead the rebellion that saw his father and uncle dead and their kingdom toppled.

Nuwangi's uncle and the emperor of the country.

Emperor of Kucca Kecca. He thinks that Hakuowlo is his brother-in-law, Rakshain, who did a number of atrocities before disappearing.

Daughter of Inkalla, thus the former princess of Kenashikourupe. She runs a hostess club, and is the antagonist of the arc added to the clean versions of the game.

A mysterious Onkamiyaryu often seen observing things from a distance. 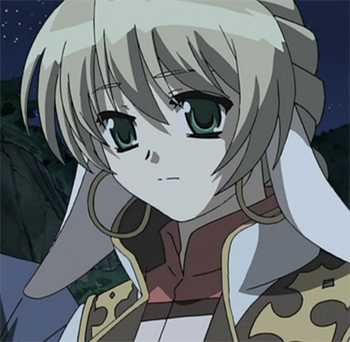 One of Kuuya's nobles and Genjimaru's grandson, he argues that they should use the Abh-Kamu to unite the countries so that their people will no longer be oppressed.

A tittering, bloodcrazed psychotic who revels in the fact his Abh-Kamu makes him practically invincible, allowing him to indulge his appetite for mindless slaughter. 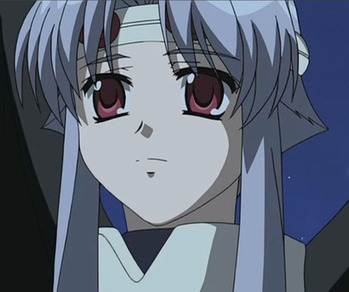 The first of the Onkamiyaryu ever created, and possessor of strong psychic powers. She was responsible for sealing away Uitsalnemetia when he went on a rampage that the human part of his mind rebelled against, and may have been partially responsible for Uitsalnemetia getting split up. Her spirit was somehow bound to the Onkamiyaryu and would occasionally reincarnate, her vessel being marked by the same black wings that she bore in life. 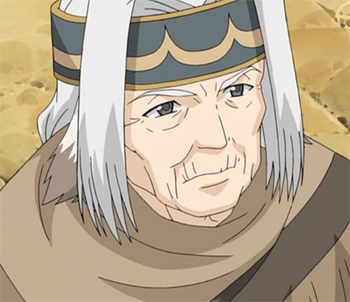 Chieftain and healer of the village of Yamayura, and grandmother of Eruruu and Aruruu, she is responsible for healing Hakuowlo's injuries and later gives him her son's clothes and name. She also bestowed the metal fan (or "lucky charm") that is Hakuowlo's signature weapon. 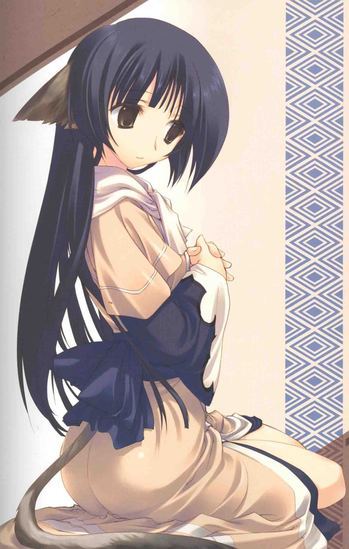 Oboro's little sister, who has been weak and sickly since birth. 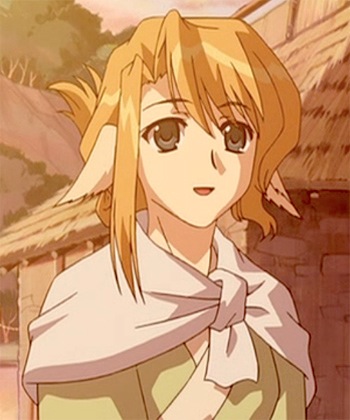 Teoro's beloved wife, who quite clearly wears the pants in the family. 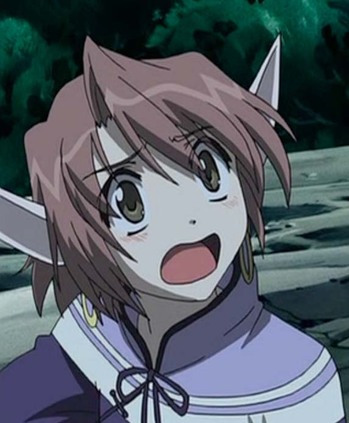 Kuuya's attendant and best friend. She is the granddaughter of Genjimaru, her grandmother and/or mother was a native of Kunnekamun and so she does not appear to be of the same species as he is.

The god that most of the people in the game worship, said to be at once generous and jealous, both giving great reward and taking away in equal turn. At first it seems like just a background element, but as the story enters its late phases, Uitsalnemetia becomes a central character in its own right.