The cast of Utawarerumono: Mask of Deception, sorted by status. 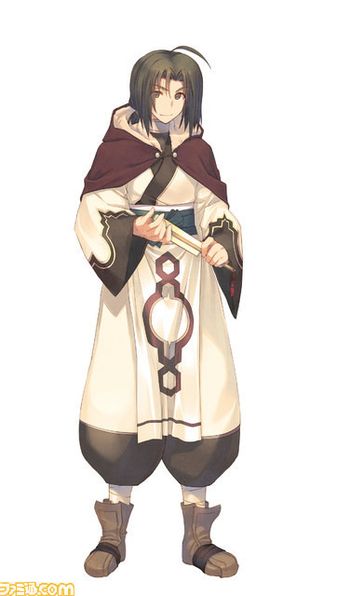 An amnesiac man found by Kuon in the mountains near Yamato. 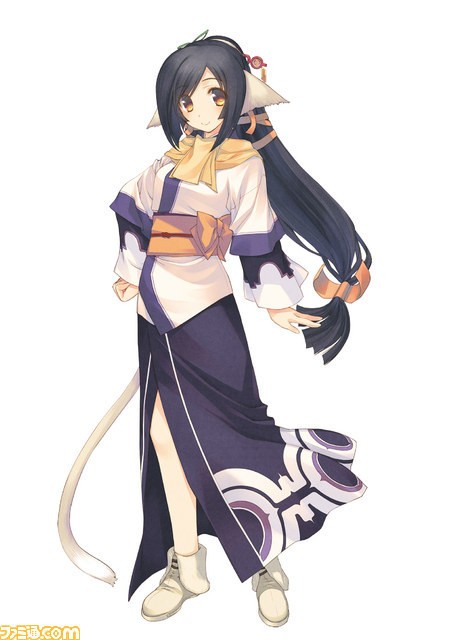 A doctor with ears and tail like an animal's. Having left from her homeland, she encounters Haku while traveling along leisurely. She possesses great strength, an immense appetite and much knowledge of medicine. Despite her attempts to hide it, it's clear that she's from a wealthy family and currently something of a runaway while she explores the world.

Apart from her apothecary abilities she's also quite versed in what history and lore remains of the time before the current world order, which allows her to quickly connect with Nekone. 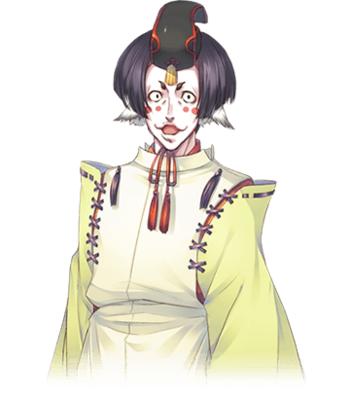 Apparently a court scholar tagging along with Ukon in order to provide knowledge and magic. He also serves as Dekoponpo's tactician. 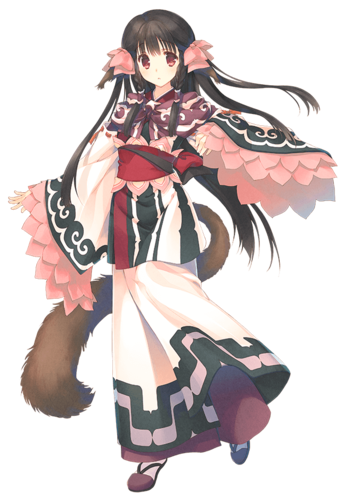 A timid girl who is also the last princess to Kujuuri, vassal state to the Yamato Empire. She's accompanied by Kokopo, her pet Hororon bird which resembles a giant flightless sparrow. 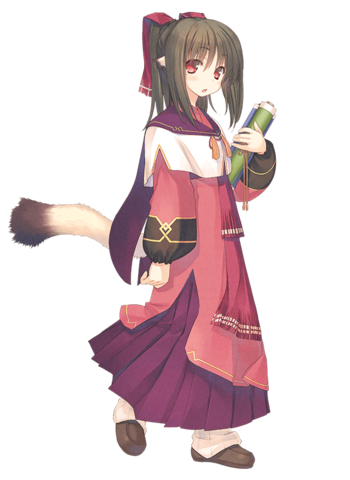 Ukon's stern little sister. Incredibly smart for her age, but can't hold any official positions because she's too young. 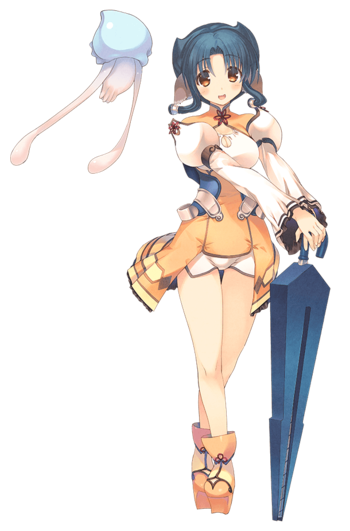 The princess of Shahhoro. Though one of many nobles who arrived as part of Yamato's Nativity Festival, she's Smitten Teenage Girl who sneaked away from her cohorts to have a little fun and to find a little love, being recruited into Haku's group in hopes of eventually finding someone. 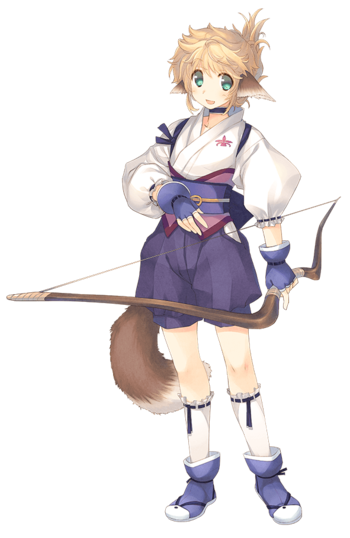 The prince of Ennakamui, who is a sworn-brother to Oshtor. He comes to Yamato along with many other nobles as part of its Nativity Festival and is soon recruited to work alongside Haku. In the anime, he was originally sent to retrieve Atuy (and failed hilariously). 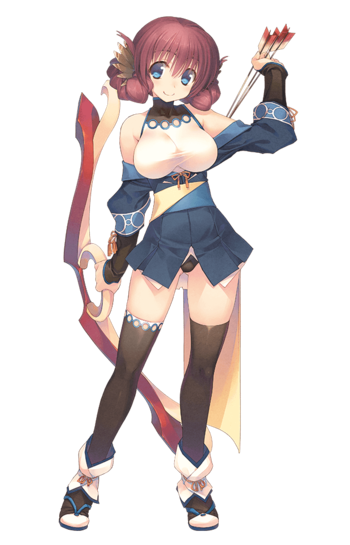 An outlaw who considers herself an ally of justice of sorts. Alongside her brother, Ougi, they initially worked alongside Oshtor as inside sources of the criminal underworld. After their contract ends, they make a mess of things in Yamato. 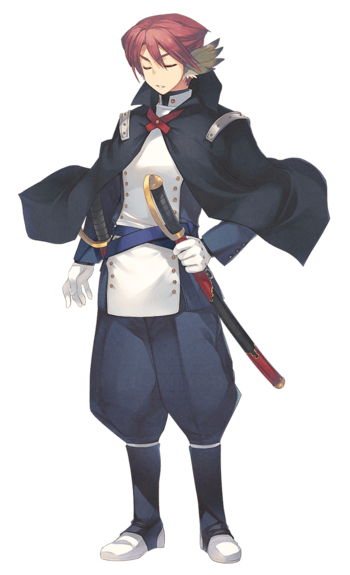 Nosuri's brother and partner in crime. He accompanies his bombastic sister in whatever shenanigans she gets into. 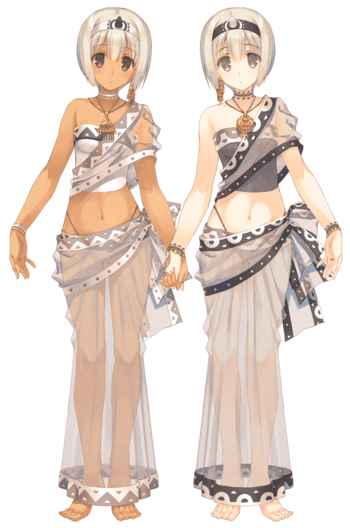 Twin priestesses known as the Chains of Kamunagi. They are given to Haku to serve him, much to his consternation, as reward for resolving Anju's "kidnapping". 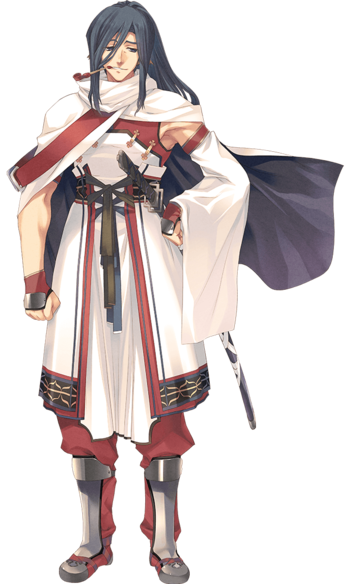 An incredible sword master and father of a daughter named Shinonon. Initially forced to fight for the Uzurushans against Yamato, but joins the party out of gratitude. 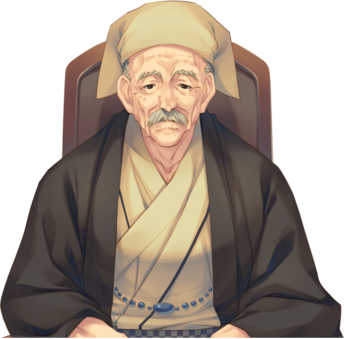 The Emperor of Yamato, said to have ruled for hundreds of years, yet rarely if ever shows his presence to his nation.

The High Priestess of Yamato. She also serves as the Emperor's caretaker. 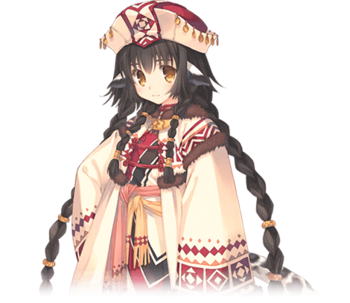 The current Princess of Yamato. She makes her appearance after sneaking out of her residence out of boredom, resulting in her generally making a mess of things.

First commander of the imperial guard in the Yamato Empire and loved by its people. Skilled both in tactics and combat, his face is a mystery to the masses due to the mask he always wears. Though from a family of minor nobility, he comes from a family way out in the boonies and thus has to climb the ladder all the way to his current position, which causes some resentment among his peers.

However, becoming too famous comes with its own burdens and after too many promotions it's difficult to actually get much done for the people, so he invented an alter ego known as Ukon who does what Oshtor cannot. Unfortunately, Ukon is also becoming to famous, leading him to hire Haku as his secret agent to handle dirty work Oshtor can't touch. 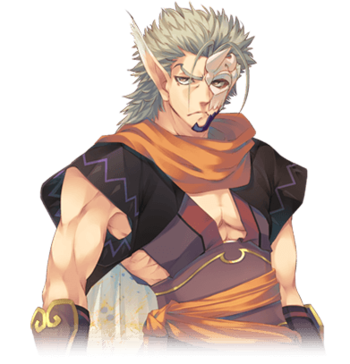 Co-commander of the imperial guard alongside Oshtor, he is also in charge of the safety of the capital's people. He's a long-time friend of Oshtor, to the point of practically being brothers. 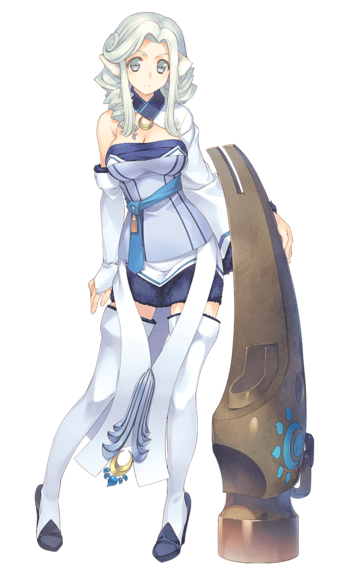 One of the most trusted of the Eight Pillar Generals, she is tasked with defending the capital from invasion. She also serves as Anju's caretaker and possesses a mask that allows her to create massive barriers.

The last of the Eight Pillar's Elite Four. He is a large, imposing man with an intimidating presence. 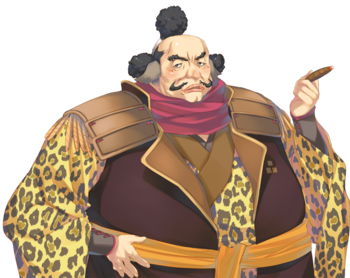 An unlikely addition to the Eight Pillar Generals. And likely for good reason; he is also a corrupt official who has a history of abusing his power and status. 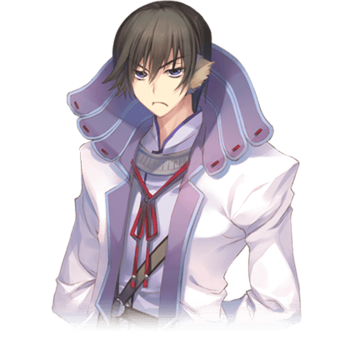 Strategist of the Eight Pillar Generals, and Mikazuchi's older brother. Unlike the bombastic but otherwise good Mikazuchi, Raikou is ruthlessly cunning and will do anything to secure victory.

Woshis is the most diplomatic and political member of the Eight Pillars. He also appears to control Yamato's spies and assassins.

A lowly bandit. While he was considered a serious enemy during his first encounter, after that he's simply a recurring joke.

As the name suggests, these are characters coming back from the prequel game and series. This folder lists changes or additions to the characters in Mask of Deception; please refer to the original page for their any unchanged characteristics. 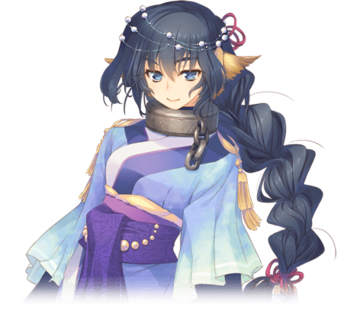 Nakwan mistress to Hakuowlo, and one of Kuon's mothers, though she prefers to be called "Big Sister". She came to Yamato to monitor its activity, while running a Ryokan. 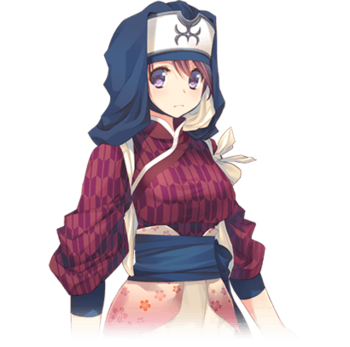 Evenkuruga mistress to Hakuowlo, and one of Kuon's mothers. She tagged along with Karulau, disguising herself as one of the workers.

Younger siblings of Ulthury and Eruruu, and Aruruu's pet Tiger God respectively. They arrive to Yamato as messengers to forge an alliance between them and Tuskur, but stop to check up on their younger sister Kuon along while they're at it. 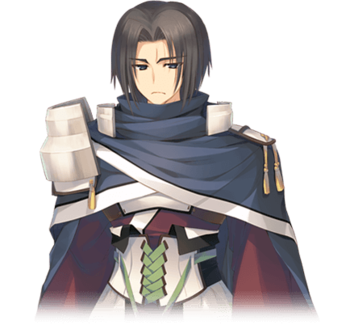 Loyal vassal and officer to Hakuowlo. He serves as Tsukuru's Samurai General of its military. 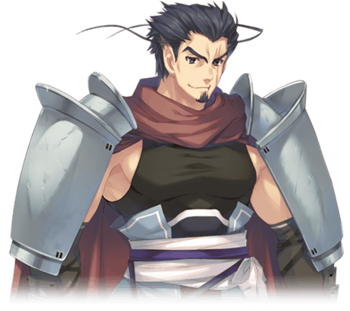 Loyal vassal and officer to Hakuowlo. He serves alongside Benawi as one of it strongest generals of Tuskur (and possibly the world).

Hakuowlo's brother-in-arms and the man Kuon refers to as her father. He succeeds his dear friend as the current emperor of Tuskur.