Crew of the USS Orville 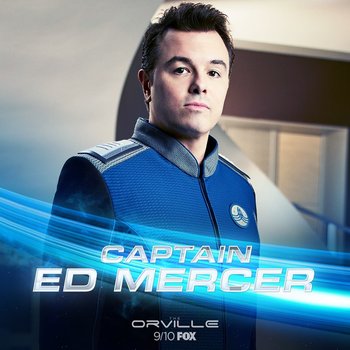 The captain of the Orville, ably exploring uncharted space but perpetually unlucky in love. 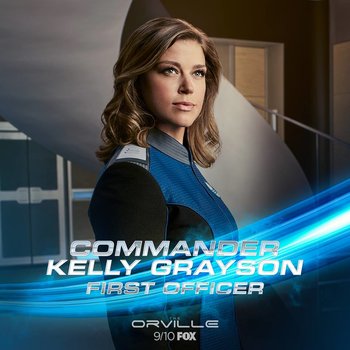 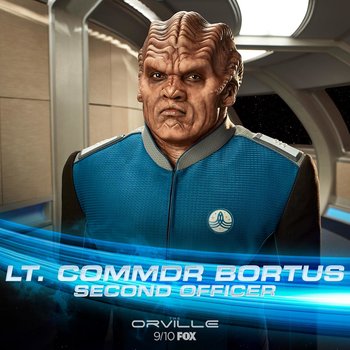 The Orville's second officer. Klyden, his mate, is also aboard the ship. 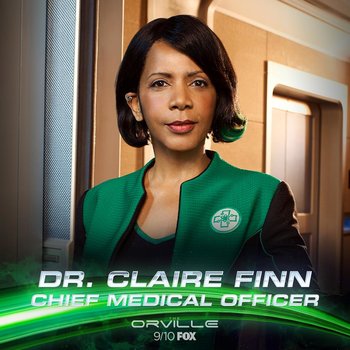 The Orville's medical officer who is also seemingly overqualified to be serving on such a small ship. 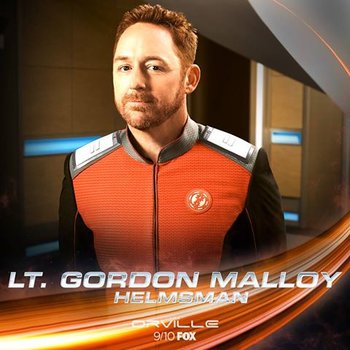 The Orville's helmsman. He is also Ed Mercer's best friend. 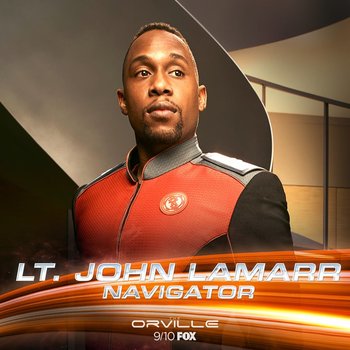 Originally the Orville's navigator, who also happens to be a highly skilled pilot himself. Later promoted to Chief Engineer. 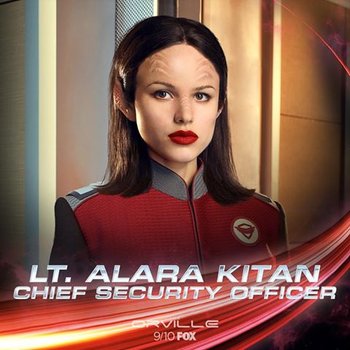 The Orville's head of security. Her species is from a high-gravity world, which gives Alara a massive edge in strength and mobility in Earth-like conditions. It is also rare for them to join the military, so those who do are often fast-tracked. 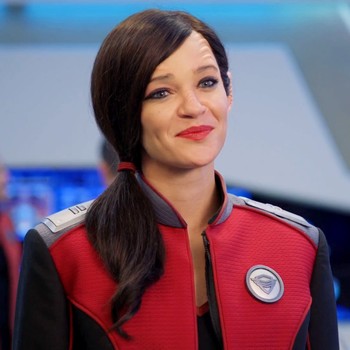 Talla replaces Alara early in season two. The tropes describing Alara's physical abilities also apply to Talla as she is the same race. 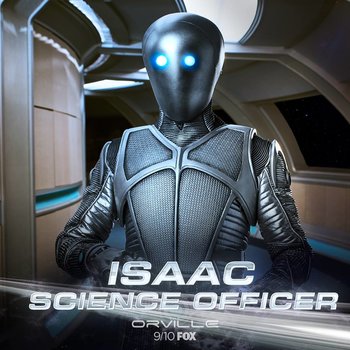 A non-biological alien from a race known for science, logic, and legendary racism.

A mid-level exploratory ship of the Planetary Union.

Other Crew and Civilians 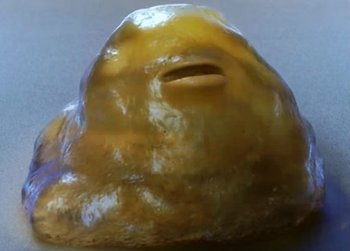 A crude-mannered blob creature and member of the Orville's engineering crew. 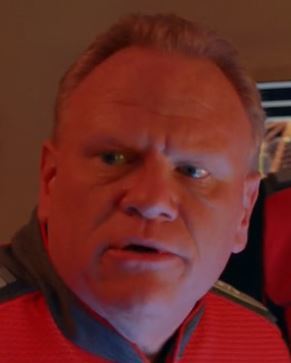 The Orville's Chief Engineer who eventually transfers off to design a space station. 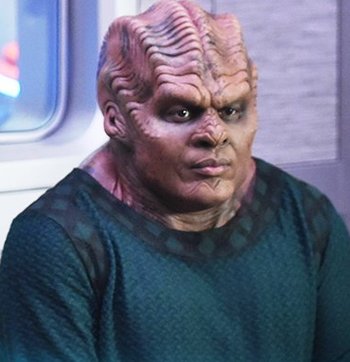 Bortus's mate and co-parent of their child.

Claire's sons (Marcus being the elder sibling while Ty is the younger of the two), who live with her aboard the Orville. 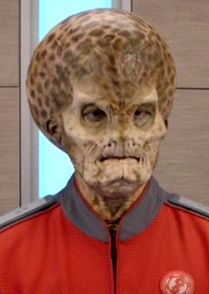 A member of the engineering crew. He tends to rub people the wrong way due to his chipper attitude.

The Moclan daughter (later son) of Bortus and Klyden.

The Orville's on-board schoolteacher and Kelly's boyfriend. He was formerly a paleontologist.

A temporary replacement lieutenant for Alara onboard the Orville. 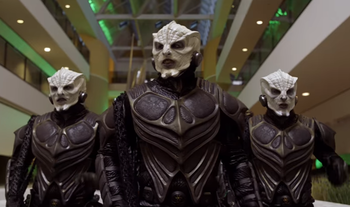 A race of territorial and violent reptilian aliens. 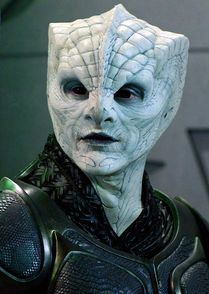 Played by Michaela McManus
Teleya is a female Krill with a grudge against Captain Mercer.
Spoiler Characters 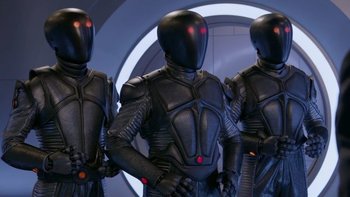 Isaac's people. A reclusive race of mechanical lifeforms who dwell far away from Union space.