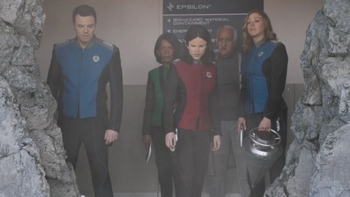 When Alara comes knocking, she knocks it down.
Advertisement:

"If the Stars Should Appear"

Nothing Left on Earth Excepting Fishes

All The World is Birthday Cake

The Road Not Taken

A Tale of Two Topas