Characters / The Last of Us  Joel and Ellie 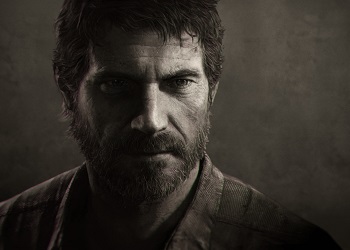 I've been on both sides.
Click here to see Joel as he appears in the The Last of Us: Part II. 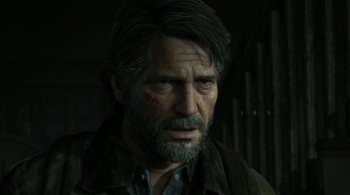 Voiced By: Troy Baker (English), Kōichi Yamadera (Japanese), Adrián Wowczuk (Latin American Spanish), Lorenzo Beteta (European Spanish), Vsevolod Kuznetsov (Russian), Krzysztof Banaszyk (Polish)
Played By: Pedro Pascal (TV series)
"I've struggled a long time with survivin', but no matter what, you keep finding something to fight for."
Joel is the main protagonist in The Last of Us. A man in his late 40s/early 50s, hardened by the atrocities and devastation left by the fungal infection, Joel works as a black market dealer within the quarantine zone, selling drugs and weapons of all sorts. He's given the job to smuggle Ellie out of Boston to the Fireflies. 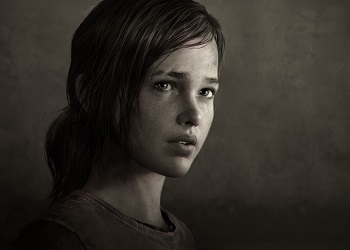 Endure and survive.
Click here to see Ellie as she appears in the The Last of Us: Part II. 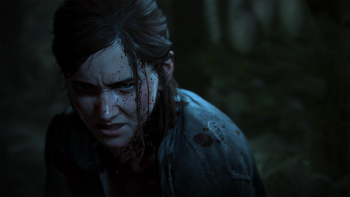 Voiced By: Ashley Johnson (English), Megumi Han (Japanese), Mariela Centurión (Latin American Spanish), María Blanco (European Spanish), Eliza Martirosov (Russian), Anna Cieślak (Polish)
Played By: Bella Ramsey (TV series)
Year of birth: 2019
"Everyone I have cared for has either died or left me. Everyone - fucking except for you! So don't tell me I would be safer with somebody else, because the truth is I would just be more scared."
Having been born after the fungal infection had already collapsed modern civilization as we know it, Ellie doesn't know a life aside from the high walls of the quarantine zone. She was raised in perpetual fear. This, of course, sparks within her an obsession with relics from the past culture, such as books and music. This, too, leads to troublesome times at the boarding house she resides in. As it turns out, she's actually immune to the fungus and the Fireflies want her to make a vaccine. She is openly lesbian.