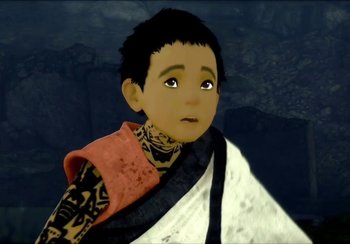 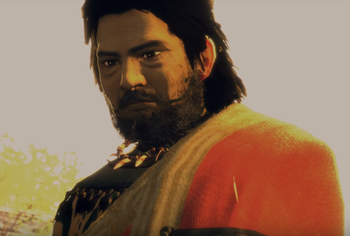 The Boy is the main playable character. He wakes up in the bottom of the Nest with strange markings on his body with Trico, with no memory of how either of them got there. 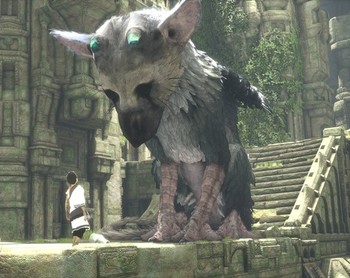 A giant beast trapped deep within the bottom of the Nest.

The main enemies encountered within the game, these constructs patrol and guard many structures within the Nest, and will attempt to apprehend and capture the Boy should they encounter him.
Secondary Antagonist 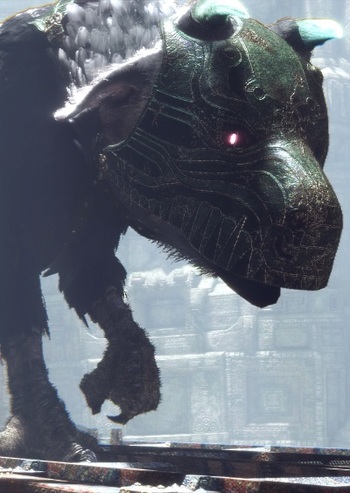 The main secondary antagonist of the story, a second, though not-so-friendly giant beast that roams the Nest and serves to actively track and halt the Boy and Trico's escape from the valley.
The Master of the Valley

The Master of the Valley 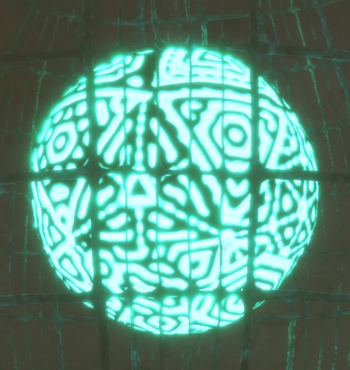