Prepare to lose IQ when you're with the crew!note From left to right: Shroomy, Saiko (before her redesign), Tari, Melony, Fishy Boopkins, Bob, Meggy, Luigi, Mario, and SMG4. Not pictured: Bowser, Steve, Toad, Princess Peach, Axol, and SMG3.
Advertisement:

The central group of SMG4's videos. Also known in some circles as "the SMG4 Crew". 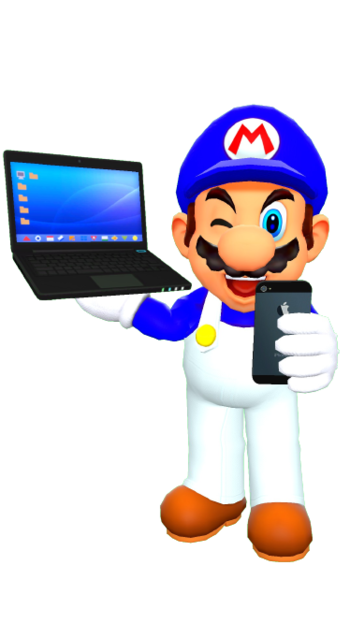 The meme maestro himself!

The creator of the bloopers and the primary Deuteragonist of the series. He resides in the castle with Mario, often making bloopers, and gets generally annoyed by Mario, but he likes him nonetheless. 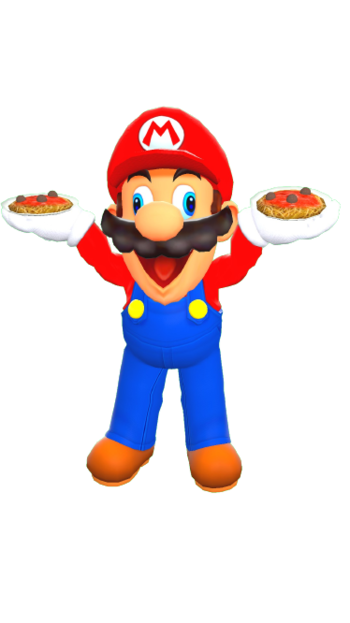 The main protagonist and central character of the series. Mario is a moronic jackass with an obsession for spaghetti, a Hair-Trigger Temper, sociopathic tendencies and an idiot to the highest degree. 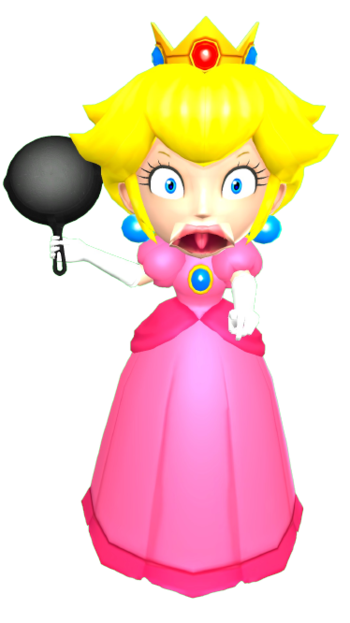 The ruler of the Mushroom Kingdom and the castle Mario and almost everyone else resides in. In earlier bloopers, Mario had (on occasion) tried to get her affection, but almost always failed. 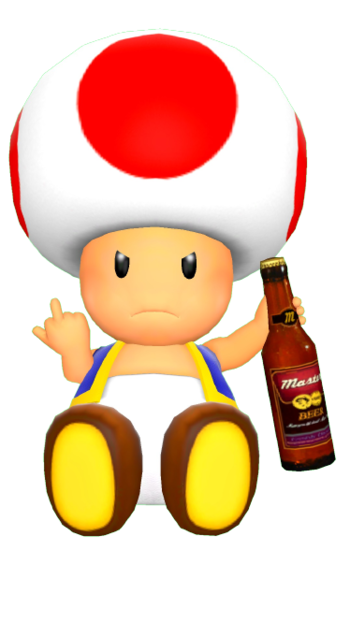 A humanoid fungus that resides in the castle alongside the Mario Bros, specifically the one that stands in the main hall of the castle. He dislikes Mario and possibly his life. 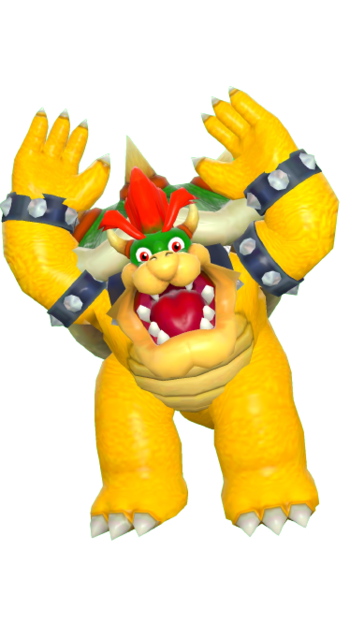 A koopa menace to of the Mushroom Kingdom who's always trying to kidnap Princess Peach. He later became one of Mario's friends. 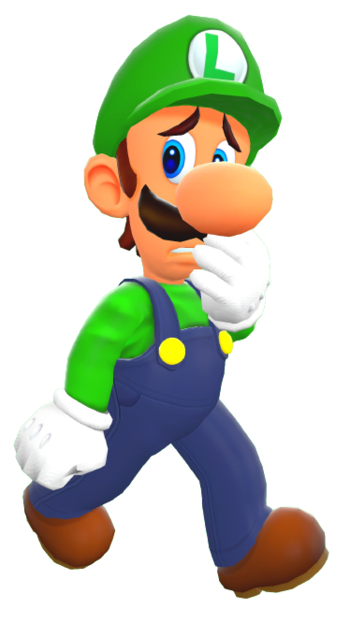 Mario's younger brother and the tritagonist of the series. He makes smarter decisions than Mario, but he's still as cowardly as he is in the actual games, if not more so. 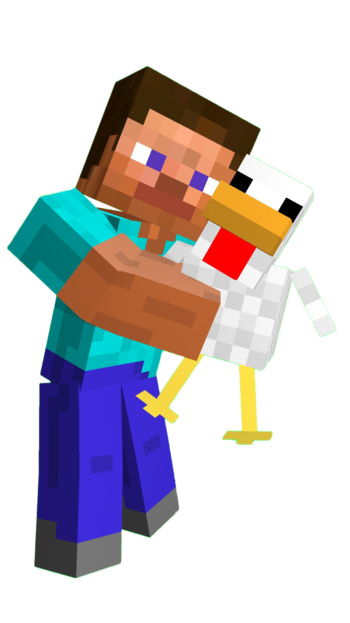 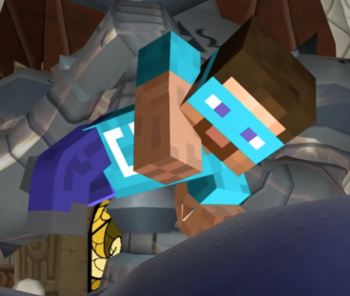 The main character of Minecraft who made frequent appearances alongside the Mario characters in the bloopers until 2018. Also SMG4's favorite character according to a 2020 Q&A 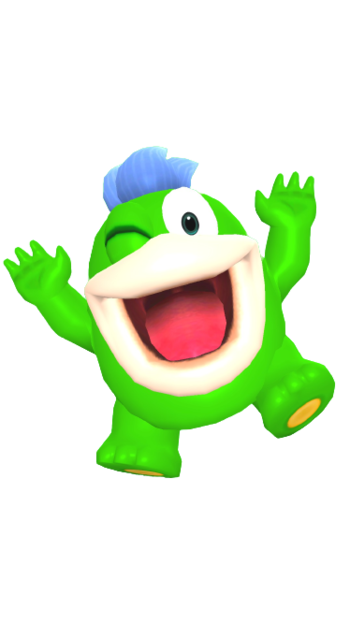 A pathetic piece of aquatic shit.

A Spike who first appears in part one of the "Seaside Stupidity" two-parter. After his debut, he made a few more appearances before finally graduating to main character status.

Voiced by: WillFromAfar
First appearance: "Can Ganondorf come out to play?" (2016) 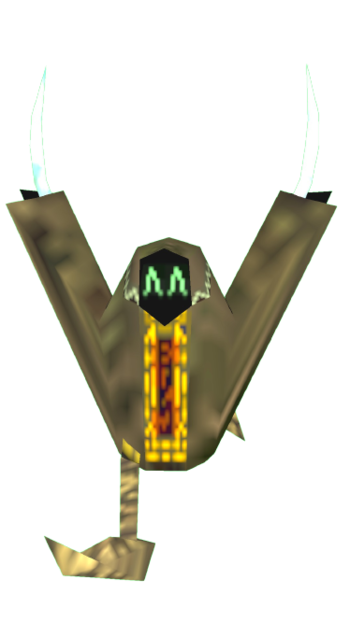 A sewer wizard that uses a Garo model from The Legend of Zelda: Majora's Mask. He's obsessed with fame, money and getting the most screentime in his appearances. Despite his humorous Butt-Monkey status, Bob has proven he can be a downright repulsive, self-admitted bastard if he isn't given the attention he wants. 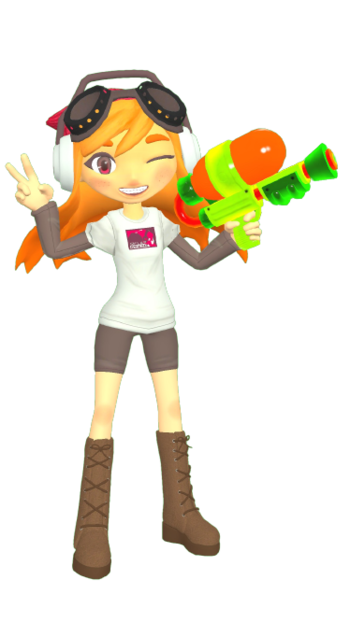 Woomy! That's ''very'' illegal.
Click here to see her as an Inkling 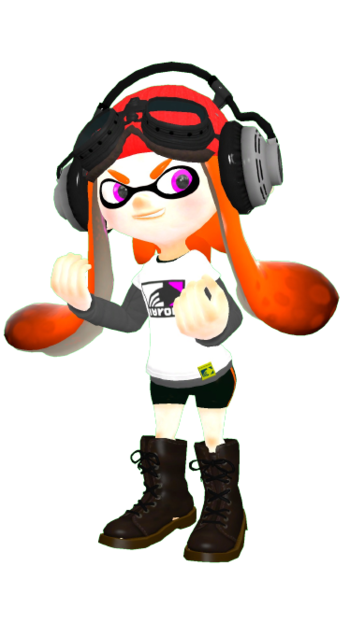 A female Inkling that Mario found stuck in a paint bucket, causing her to run amok and flee into a manhole that leads to Inkopolis, taking Mario along with her. She originally competed in Turf War tournaments with her team, the SplatSquad, but a series of events eventually resulted in her permanent transformation into a human. She was very popular in her debut episode and quickly became the series biggest Breakout Character, becoming a series regular after returning for "MARIO'S CHALLENGE".

See here for her tropes during her time at Port Aurora. 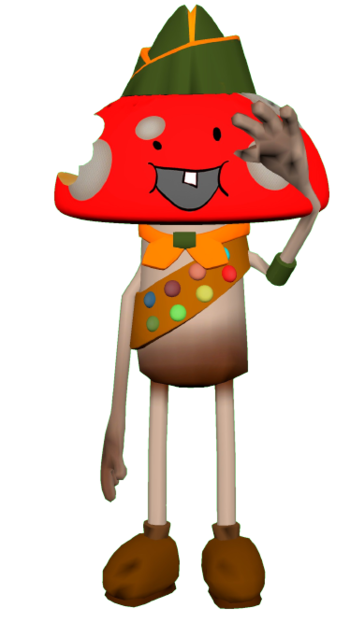 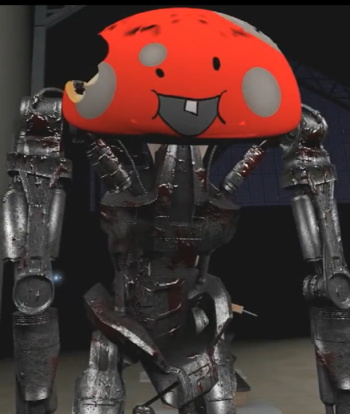 A young anthropomorphic mushroom and a member of the Mushroom Scouts with over 300,000 badges to his name.

See here for his Superpowered Evil Side, Anti-Shroomy. 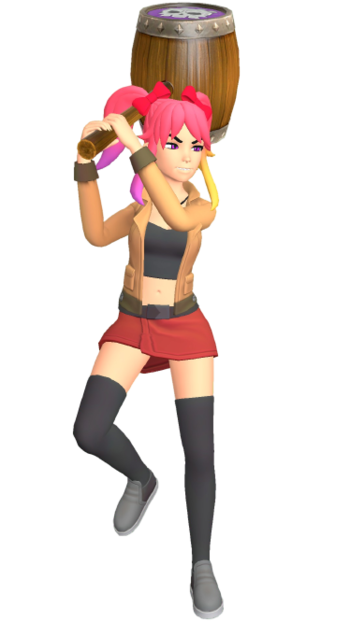 Click here to see to see her old design 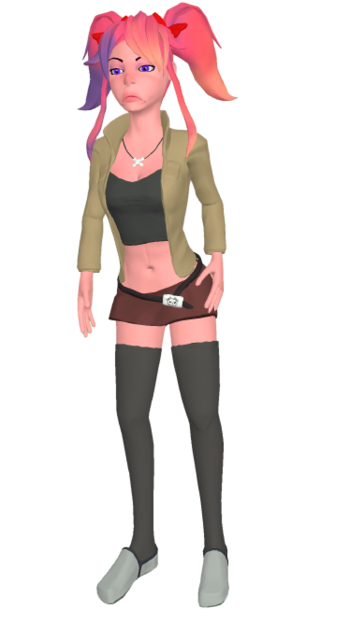 Piss her off at your own risk.

An unpopular love interest from a dating game called "Kevin's School." Boopkins brings her to life one day, but their relationship ends in tragedy. For a while. 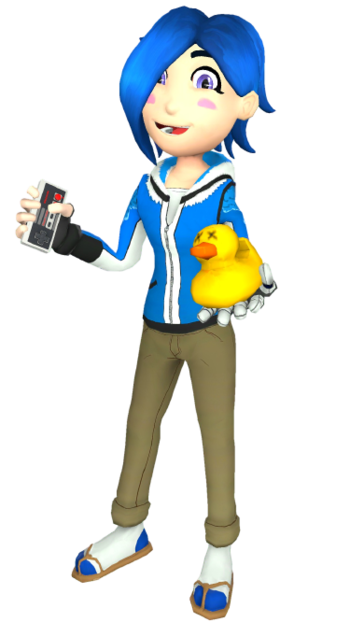 A shy blue-haired Gamer Chick who tends to get hurt a lot. Mario turns to her for guidance on how to be a good player and kick SMG4's butt at Super Smash Each Other In The Ass Bros., and has since become one of the main cast members.

For tropes regarding her Meta Runner incarnation, click here. 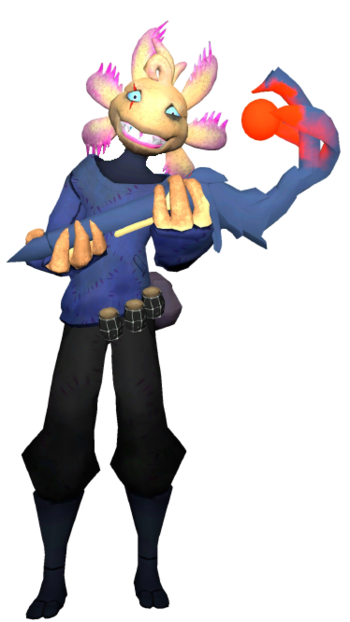 "You have been done a great injustice! It is my goal...No, it is my destiny! To save you from opression and return glorious anime to your kingdom!"
Click here to see his unscarred appearance before "The Internet Graveyard" 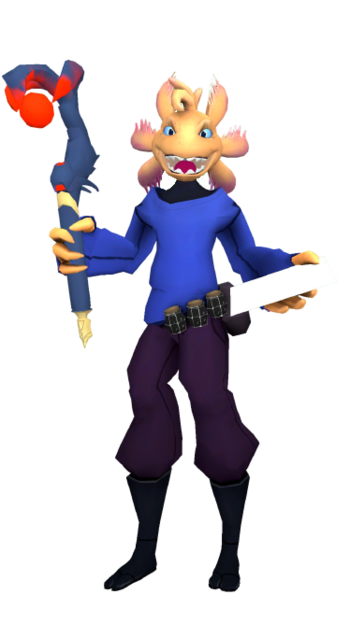 An Inkopolis-born anime artist from Japan with the power to bring whatever he draws to life, thanks to his special pen/staff, the Inkweaver. After gaining knowledge of the Mushroom Kingdom's anime ban, he offers to help in lifting it. 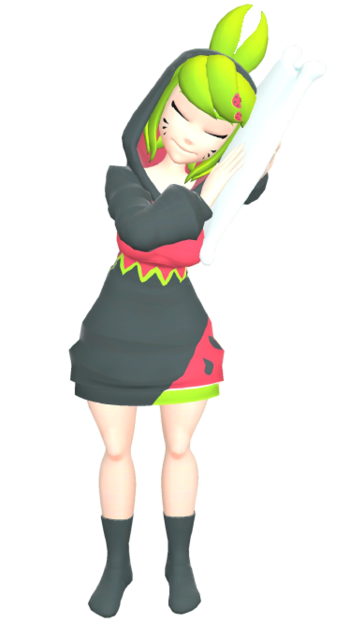 Melony, pictured more awake than usual... though, that's not saying much.
Click here to see her in Fierce Deity mode 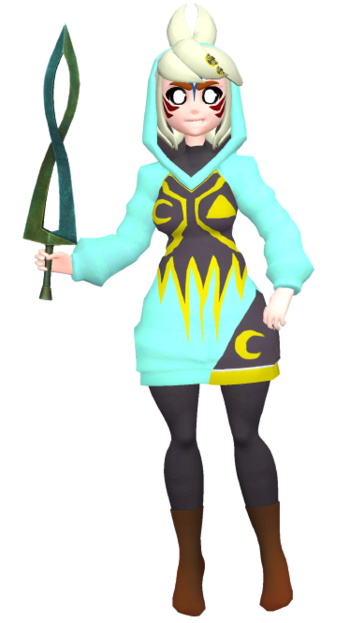 Once a watermelon with Meggy's headwear, a Fierce Deity Mask bonding with her gave her a human body. She is often seen sleeping, is just as brilliant at hacking as she was in her melon form, and served as a Love Interest for Axol. Click here for her tropes in her original watermelon form. 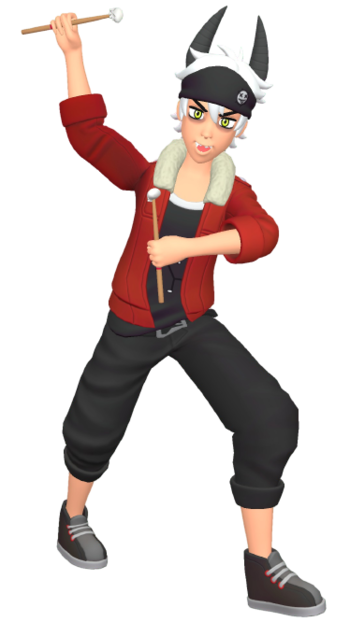 A high school boy found in Kevin's School, the same game which Fishy Boopkins pulled Saiko out of. He too is pulled out thanks to Tari's game-warping abilities, and now he wants to relive the glory days of "doing illegal shit" with Saiko.