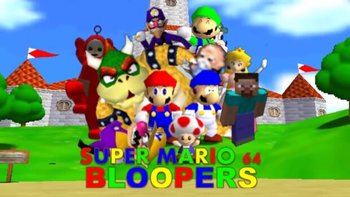 And this is just the first few seasons!

This is the list of characters from SMG4's Mario Bloopers.

The page was separated into four groups: