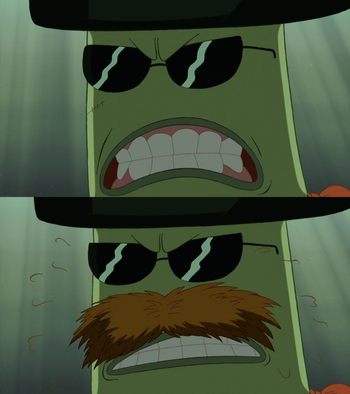 THIS is what a REAL mustache looks like!
"I grew this mustache through sheer force of will, don't tell me I'm not ready."
— Gordito Delgado (age twelve), The Adventures of Dr. McNinja
Advertisement:

Compare Girls with Moustaches, Perma-Stubble, Perma-Shave, and Manly Facial Hair. Not related to Growing the Beard.