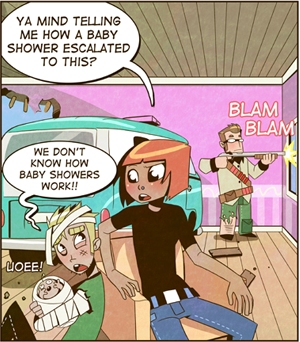 is a status quo gag-per-day webcomic. It follows the day-to-day adventures of three Unsympathetic Comedy Protagonists: Wayne, an average slacker; Frank, who is intelligent but amoral; and Guy, a shameless egotist who hangs around for her own amusement and profit. Their Comedic Sociopathy drives the plot of each comic.