The secondary team of the show, JNPR (pronounced Juniper) comprises Jaune Arc, Nora Valkyrie, Pyrrha Nikos and Lie Ren. Unlike Team RWBY, JNPR fell into the team role much more easily: Jaune became good friends with Pyrrha over the initiation, while Nora and Ren were Childhood Friends. Thus, they're more down-to-earth, but no less problematic or competent than the main team. 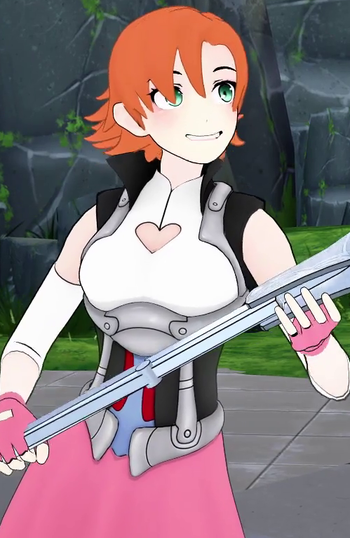 "I'm queen of the castle!"
Click here for her appearance during the Mistral Arc 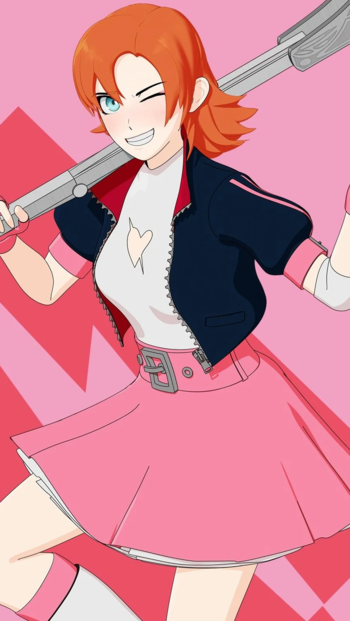 "This is perfect! We were stuck at a dead end, but now, we can just take little cute boy Ozpin to Lionheart and have him set things straight!"
Click here for her appearance during the Atlas Arc 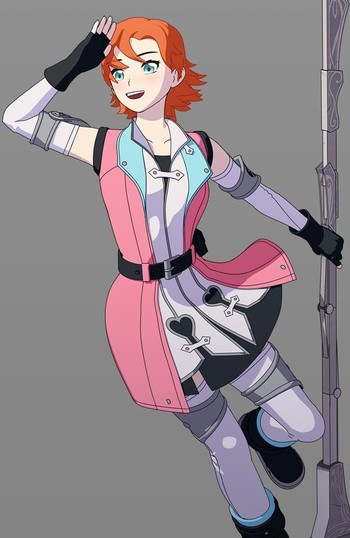 "The longer this waiting game goes on, the harder each day gets for people down there and now you wanna send in more soldiers? You can’t just force people to fall in line."
"After everything we've been through. I won't let it end. Not like this. We can do this!"

Nora joined Beacon Academy with her childhood friend, Ren, who is also her team partner. She is an excitable, energetic girl with great strength and a big heart.

Her weapon is Magnhild, a multi-shot Grenade Launcher capable of converting into a large war hammer. Her Semblance, "High Voltage", lets her absorb electricity to enhance her body, making her stronger and faster for a brief time. 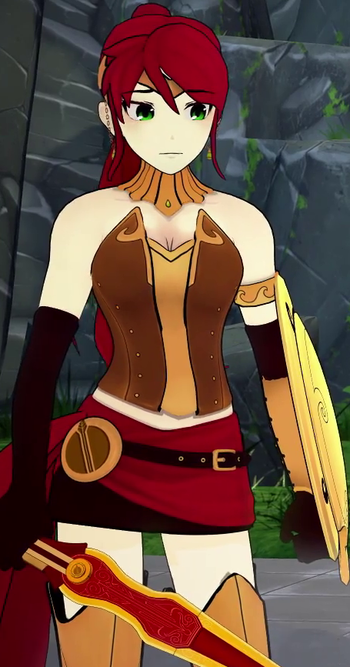 "Hello again!"
"I've been blessed with incredible talents and opportunities. I'm constantly surrounded by love and praise, but when you're placed on a pedestal like that for so long you become separated from the people that put you there in the first place. Everyone assumes I'm too good for them, that I'm on a level they simply can't attain. It's become impossible to form any sort of meaningful relationship with people..."

A famous, world-class athelete and tournament fighter, Pyrrha is a star student who had already won the Mistral Tournament four times prior to joining Beacon Academy. Her partner is Jaune.

Pyrrha's weapons are called Miló and Akoúo̱, and consist of a shield, and a weapon that is able to change form between a pilum (Heavy Javelin), xiphos (Short Sword) and a hunting rifle. Her Semblance, "Polarity", gives her telekinetic control over metal. 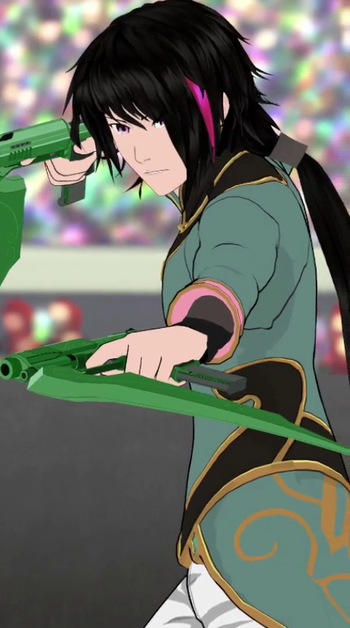 "Nora, please! Don't ever do that again."
Click here for his appearance during the Mistral Arc 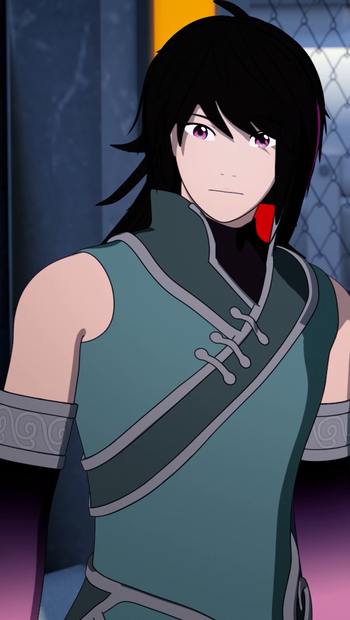 "Is that it?"
Click here for his appearance during the Atlas Arc 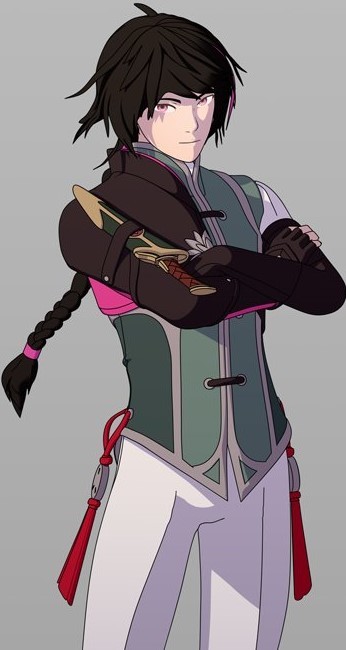 "No one is replaceable."
"We never get the easy path, do we?"

Ren joins Beacon Academy with his childhood friend, Nora, who becomes his team partner. He's quiet, reserved and prone to bottling his emotions.

His weapons are called StormFlower, a pair of green guns with collapsible curved blades under the barrels. His Semblance, "Tranquility", allows him to dampen down emotions, making himself and his targets invisible to the negativity-sensing Grimm.