The dramatis personae of the RWBY spinoff RWBY Chibi.

The spoiler rules for RWBY itself apply, even on Chibi pages. Please do not trope episodes of RWBY until public release.
And remember: nothing bad ever happened. Ever. 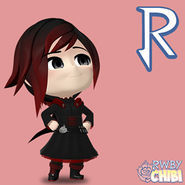 Our chibified main protagonist, looking to have fun with her besties. Under no circumstances are bestie resignations accepted. 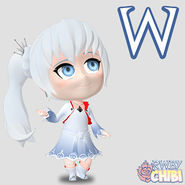 "I think she's pranked, is what she is." 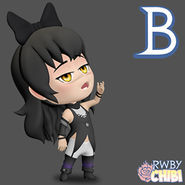 A teenage faunus ninja catgirl. Is against being identified with cat stereotypes ... despite most of them being actually true. 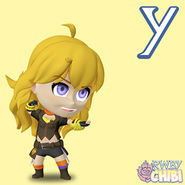 Ruby's half-sister, a sunny ball of puns and punches. 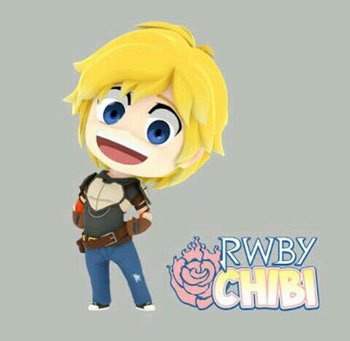 "Gauntlets of shut up!" 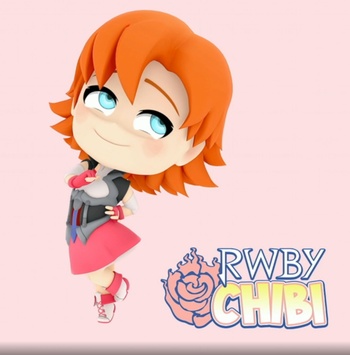 "I knew my love would cure him!" 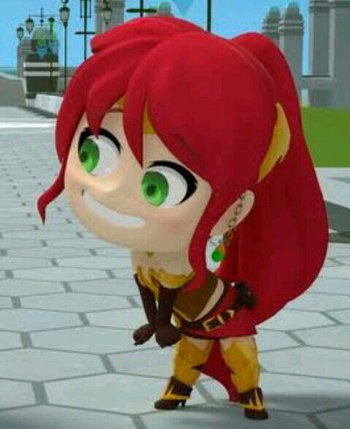 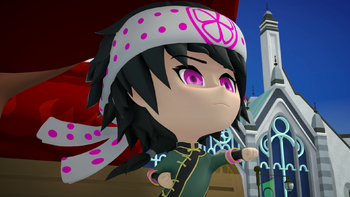 "If only they can see what's right in front of them..." 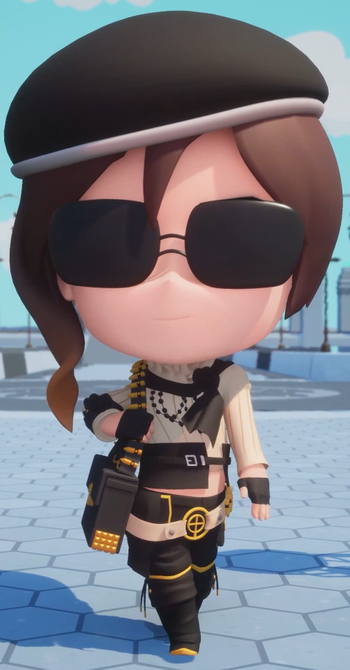 An older student at Beacon and the leader of Team CFVY.
Velvet Scarlatina 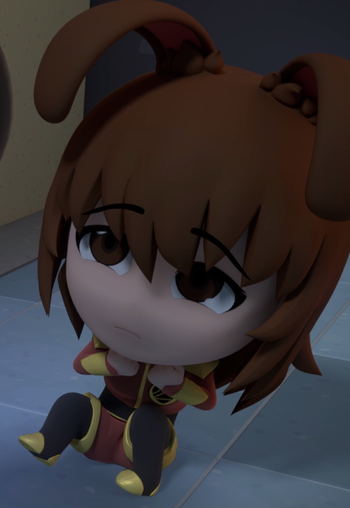 "Please! I don't want any trouble!"

An older student at Beacon and a rabbit Faunus. 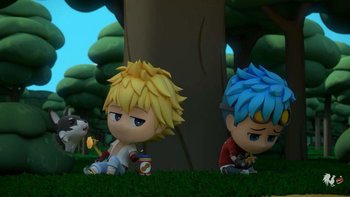 A huntsman with a phobia of water and a monkey Faunus. Together, they fight crime (poorly). 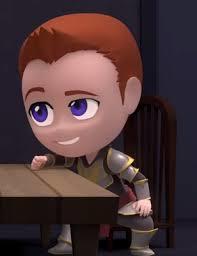 A bully with aspirations to join the real villains. 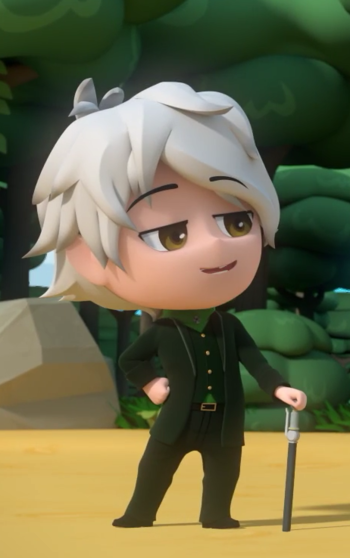 "You know, flirting was a lot less destructive in my day..."

The headmaster of Beacon Academy, who cheerfully exploits his position to send students on dangerous errands. 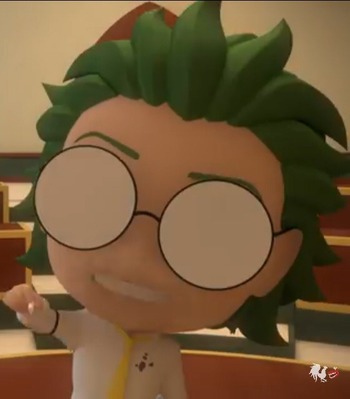 "So in conclusion, history is good, ignorance is bad! Therefore, read a book!"

Beacon's history teacher with a terminal addiction to coffee. 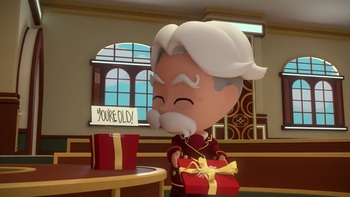 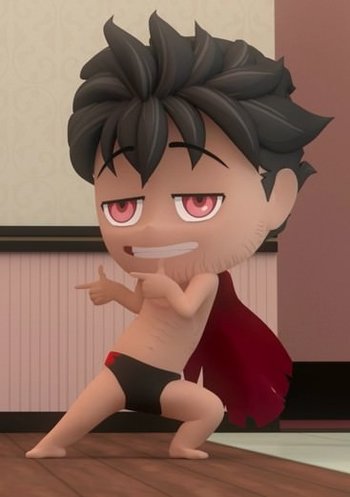 "Did someone say ladies?"

Ruby and Yang's drunken loudmouth ... I mean, reckless rogue of an uncle. Loves hanging out with his nieces when he's not busy being the target of slapstick. 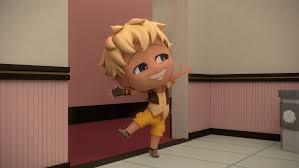 "By the way, just wanted to give a big shout-out to all the sidewalks...for keeping me off the streets!"

Ruby and Yang's father, and the living embodiment of Amazingly Embarrassing Parents. 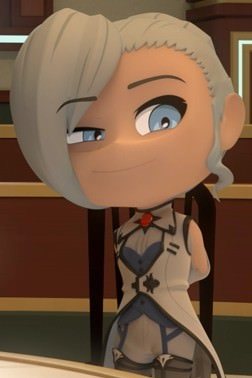 "I propose a leash and random electric shocks to modify his behavior." 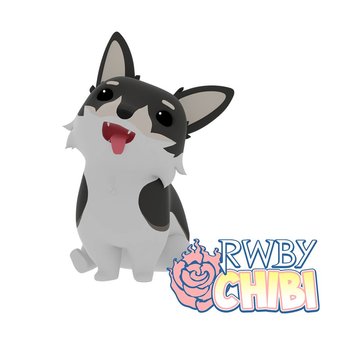 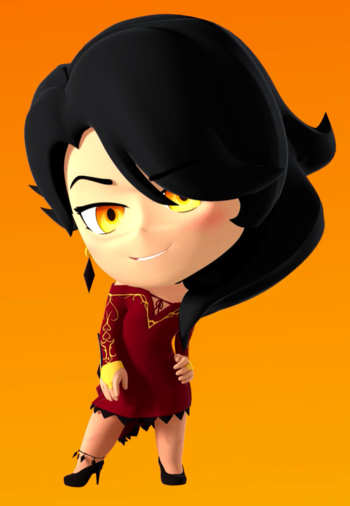 "As you can see here, evil is at a record high. But I think we can bump it higher with spam and online trolling."

A mysterious stranger with hidden plans regarding Beacon Academy. No, wait - that's the canon Cinder. This one is a Card-Carrying Villain desperate to annoy and inconvenience our heroes. 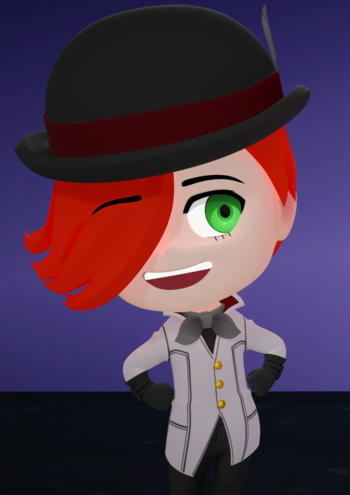 "You thought you could just move on into a spinoff comedy series and leave me behind?!"

Once a thief and Starter Villain, before dying horribly. Now that he's in a spinoff comedy where nothing bad ever happened, he wants revenge on Ruby and his time in the spotlight as an evil mastermind. 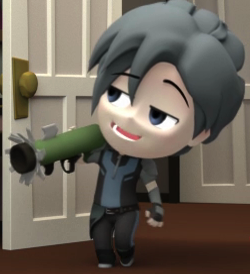 "Mercury is the prank king!"

Cinder's henchman, whose gun legs inconvenience him more than they actually help him. 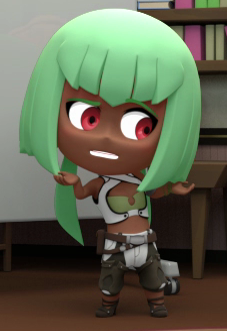 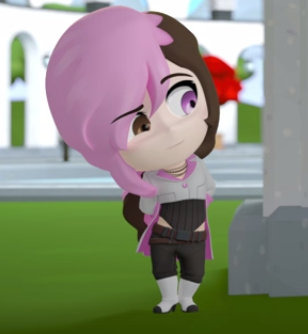 Roman's sidekick-slash-babysitter. She is mute, and so communicates all her snark via Wile E. Coyote-esque signs. 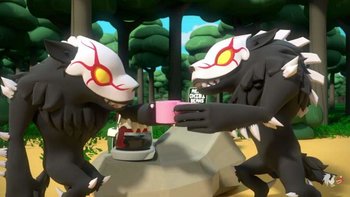 A pair of Beowolves going about their everyday routine of ignoring Cinder's plans, chatting around the coffee maker, and murdering innocent humans. 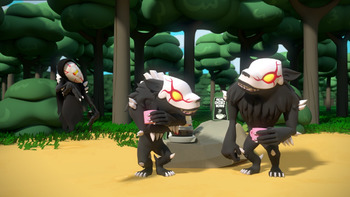 "What is up, awesome possums?"

A lisping Geist who rubs Mike and Marty the wrong way, and suffers bad karma in his plans as a result. Voiced by Kerry Shawcross. 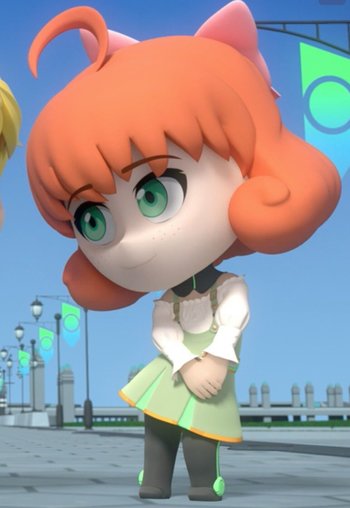 "That is correct. I am a normal meat person, just like you."

A new student at Beacon who occasionally hangs around with Ruby and co. Hobbies include watching fireflies, playing games with her friends, and attempting to hide the fact that she is a robot. 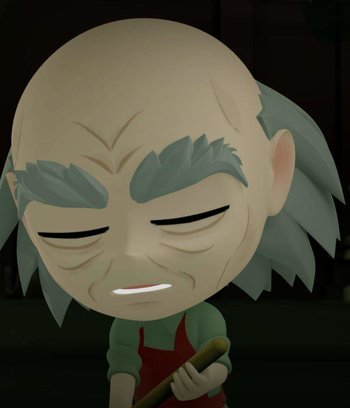 "And I would have gotten away with it, too, if it weren't for you meddling kids!"

An old man who runs a Dust shop- and a lot of other shops, when the skit needs it. 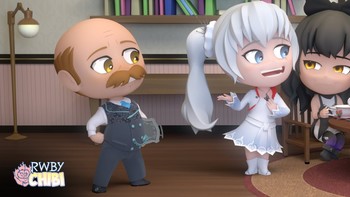 Normal Klein: "Oh my, I'm afraid that's a bit too pricey for my tastes."
The Schnee family butler.