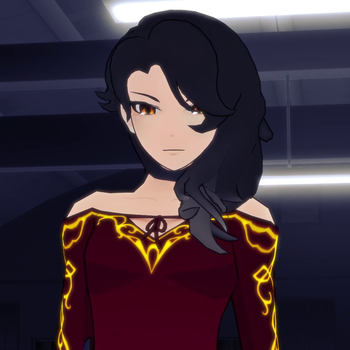 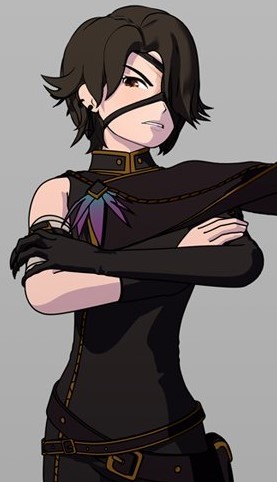 "You think hoarding power means you'll have it forever, but it just makes the rest of us hungrier! And I refuse to starve."

"It's nothing personal, dear. You're just not worthy of such power. But I am."

An ambitious and enigmatic woman with power over fire, Cinder Fall is the leader of an equally mysterious group closely associated with crime lord Roman Torchwick. She and her teammates, Mercury Black and Emerald Sustrai, infiltrate Beacon Academy in Volume 2, posing as transfer students from Mistral's Haven Academy while subtly preparing the terrain for a war between the kingdoms, the results of which are coming to fruition by Volume 3.

Cinder typically fights with a pair of swords called Midnight that combine into a compound bow created with dust infused clothing. After the injuries she sustained from Ruby Rose at the climax of Volume 3, she has since abandoned using Midnight in favor of using a variety of blades constructed from glass containing fire at their cores. Her Semblance is Scorching Caress, which allows her to superheat and manipulate the shape of objects, such as turning sand into glass.