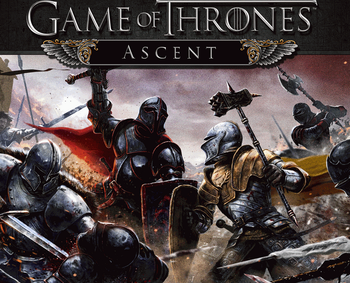 A defunct roleplaying/strategy Web Game based on Game of Thrones. There, you played as a Self-Insert who earns nobility in the beginning of the story and becomes the head of a minor house, with a fealty and background of your choice. You needed to manage your character, family and household.
Advertisement:

It was developed by Disruptor Beam

and was launched in 2013, ultimately concluding in January 2019.