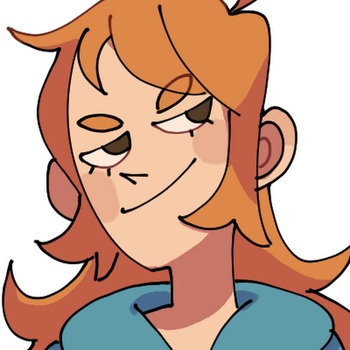 Her Signature Style is a strange mix of incredible cuteness, from both her voice and her unstoppably perky attitude, and her incredibly filthy sense of humor. She frequently hams it up in her videos, and tends to swear and make off-color jokes. She's also undeterred by failure, and is fond of co-opping games with various other YouTube Let's Players.

After participating in two of The Runaway Guys' filler tournaments, she joined them as a full guest for their LPs of LittleBigPlanet and its sequel, as well as being a special guest player on their board playthrough of The Observatory on Fortune Street Fortune Street. She also used to have regular livestreams on Twitch with two main subjects - The Elder Scrolls V: Skyrim and The Sims 3. The latter in particular has acquired quite a fanbase because most of the sims are based on Let's Players, including Lucah herself, and now has a characters page.

In addition to the above, she has a sporadic series called "WHAT THE EFF? FRIDAY", updated on Fridays and comprising very eclectic (and usually one-off) playthroughs of games sent/recommended to her by fans.

She's also a good artist who posts occasional videos of herself drawing fanart, and she has a side-channel named Relaxajin

The work of this reviewer provides examples of: