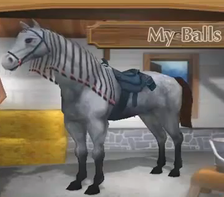 The birth of My Balls...