Characters from the Disney Animated Canon film Snow White and the Seven Dwarfs.

Considered the "fairest in all the land", she incites the jealousy of her vain stepmother, Queen Grimhilde when she spies her and a Prince serenading each other. With the help of her would-be murderer sent by the Queen, Snow White flees until she comes across the cottage of the Seven Dwarfs, whom she befriends.

She's also a member and the first of the Disney Princess line.

Seven dwarfs who work in a diamond mine. They take Snow White in and become her protectors and friends upon finding her asleep in their house. Each has their own distinctive personality and looks. 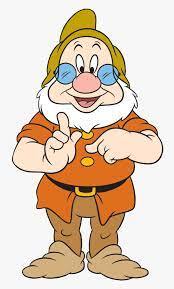 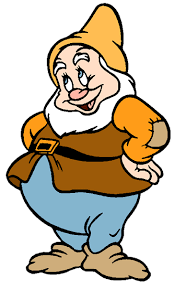 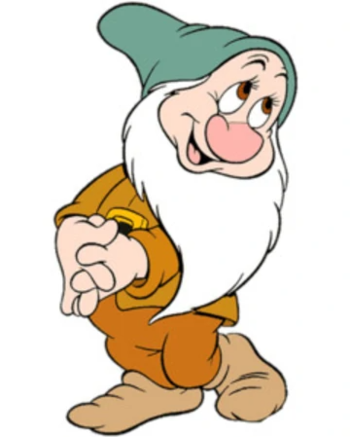 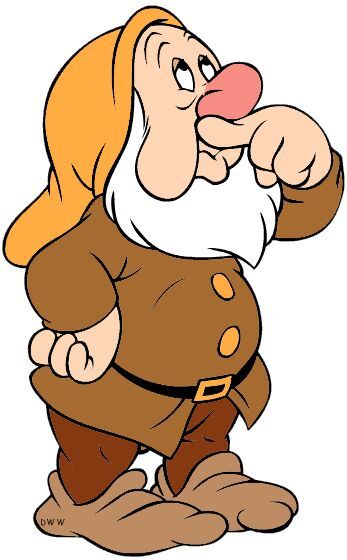 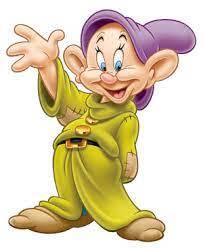 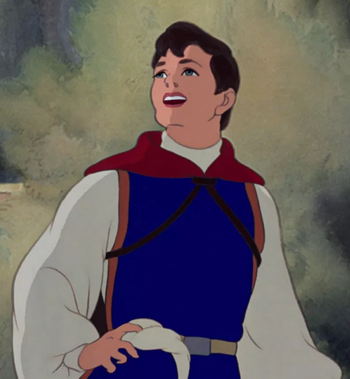 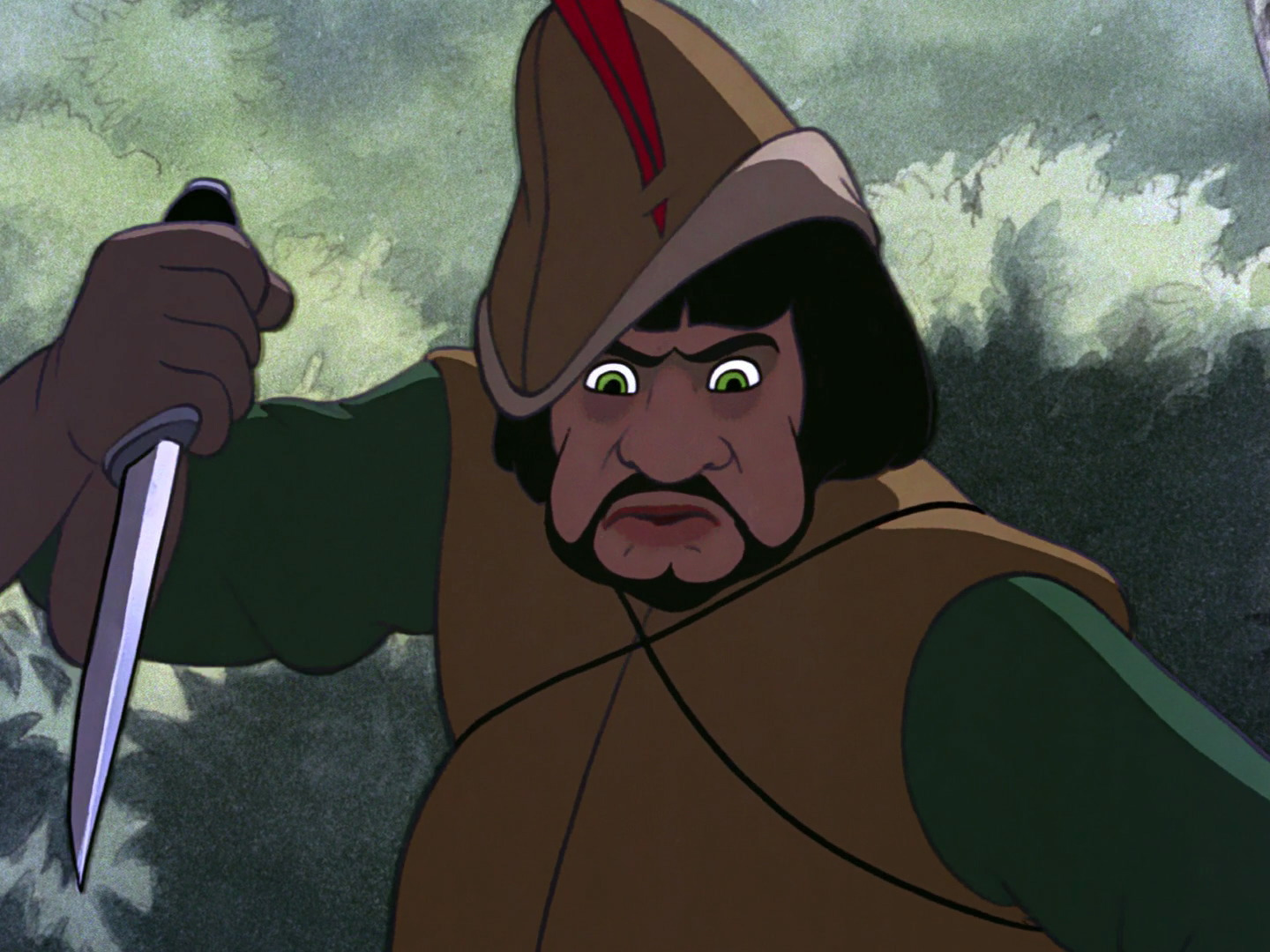 An infamous huntsman in the Queen's service, who is ordered to murder Snow White and bring back her heart. Unable to kill the child, he instead sends her away into the woods for safety and fakes her death. 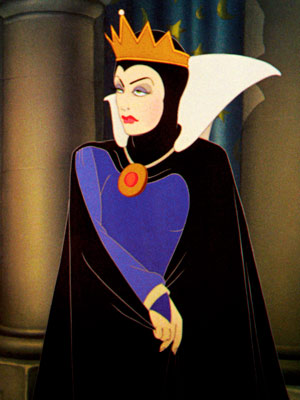 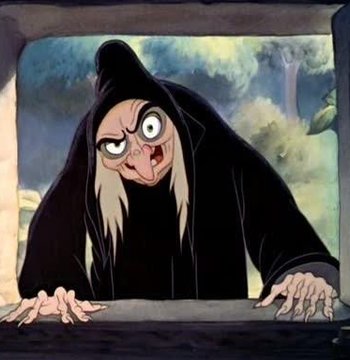 The first Disney Animated Canon villain, Snow White's stepmother, and a very vain queen. Displeased with the Magic Mirror's claims she is no longer the most fairest in the land, the Queen seeks to kill Snow in order to reclaim the title. Reserved and cold, the Queen goes to great lengths to ensure her goal is fulfilled, magically transforming herself into an old hag to curse Snow with a poisoned apple. 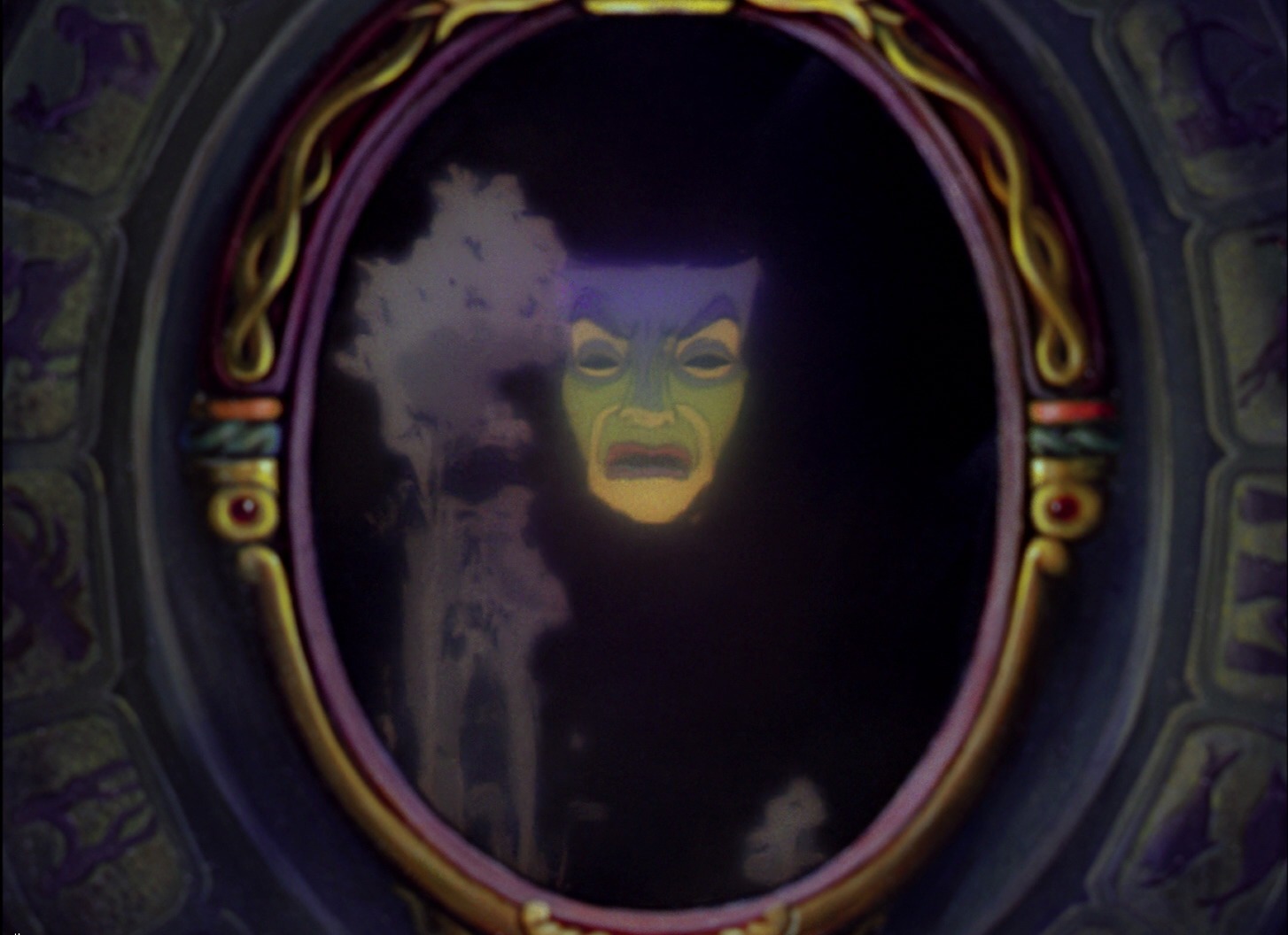 The Queen's enigmatic servant who informs her who is the fairest in the land. He appears as a mask-like phantom within the Queen's mirror.

Monster Hits: (Part of the mirror breaks) Who did that?! Who cracked my mirror?!? Curses; don't you know that's seven years of bad luck... for you?!
House of Mouse: Save it, Queenie. Everyone here's fairer than you.
2001 DVD release: I don't have all eternity... oh wait, I do!