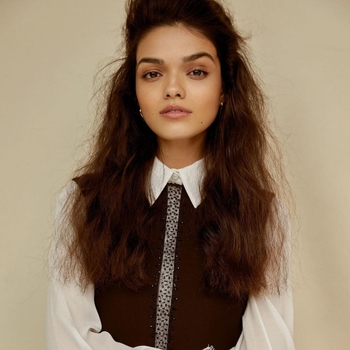 Rachel Anne Zegler (born May 3, 2001) is an American singer and actress of Colombian and Polish descent.

She initially started off as a YouTuber, uploading videos of herself singing musical theatre songs. In 2018, she auditioned for the role of María in Steven Spielberg's film adaptation of West Side Story (appropriately enough, her cover songs on YouTube included Maria's songs, and she had already played the role of Maria on stage, which inspired her to audition). After a year of auditioning, she ended up getting the part.

After filming on West Side Story wrapped, Zegler was cast in the in the sequel to SHAZAM! and was cast as Snow White in the upcoming Live-Action Adaptation of Snow White and the Seven Dwarfs, part of the Disney Live-Action Remakes.