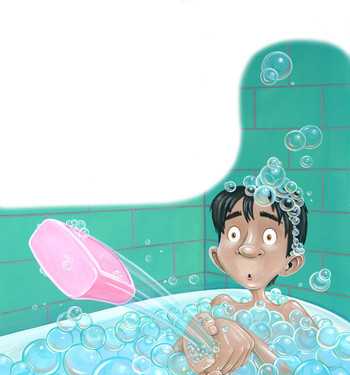 So you have a character in the shower (or bath) and they reach for a bar of soap. The soap proceeds to be very uncooperative, slipping out of the person's hands. Occasionally, it happens when someone is washing his (or her) hands. Often seen as part of a black comedy prison sexual abuse scene, or any time a Shower Scene gets Played for Laughs, really. (Especially when the victim slips when he's looking for the soap.)

A bar of soap can also become a variant of a Banana Peel when stepped upon.