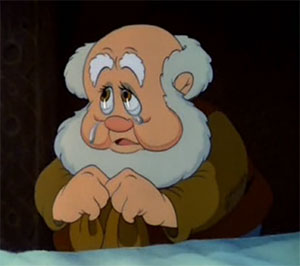 Right now, "Happy" is only his name.
Disney and Pixar's reputation for making some of cinema's most soul crushing movies has a genesis. Snow White pulls on the heartstrings in a way few films of the era did, and started a practice that has stood the test of time.