Jin, introduced to the games in DW7 is essentially Wei in its later years as led by the Sima Clan (Sima Yi and later his sons, Sima Shi and Zhao). As by this point Wei is slowly but surely hitting a downward spiral, Sima Yi drives his forces to restore it to its former glory and shape a new world for the talented to rule at the top. On the surface, they come off as a group of extremely talented officers with an incredible arrogant streak...but as with every faction, it's more than that. They ultimately work towards stopping the fighting from going on any further and are, ultimately, the ones who succeed. Although driven by conquest, they are not quite fueled by the same ambitions of Cao Cao and his original force, they're driven to prove that they are taking over because as they see it, they deserve to rule as everyone else is too stupid to do it right (and at this point of time in the Three Kingdoms era, they're not entirely wrong. Most of the best officers from all the Kingdoms are long dead by now.) Arguably, they have the most varied group of officers with very distinct weaponry. Their faction color is a teal blue and the qilin/kirin appears to be their symbol.

Here's the list of characters categorized in the Jin Kingdom in Dynasty Warriors, arranged in their chronological appearance in the series.

"The Virtuoso With Hidden Ambition" 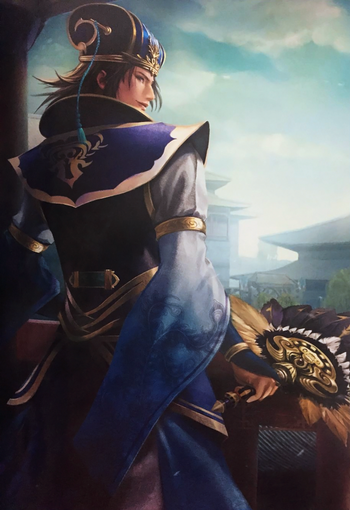 "Witness the wisdom which will one day rule the land."

One of Wei's greatest strategists, Sima Yi planted the seeds for the founding of the Jin Kingdom from the ashes of Wei. He served under Cao Cao and his successor Cao Pi. While loyal to Wei, his ambition was to one day establish his own kingdom.

He is known for his maniacal laughter and insulting friend and foe alike as "Fool!" or "Imbecile!" Prideful of his intellect and believing that he has an unsurpassed wit, he regards Zhuge Liang as a worthy opponent.

"The Genius Without A Purpose" 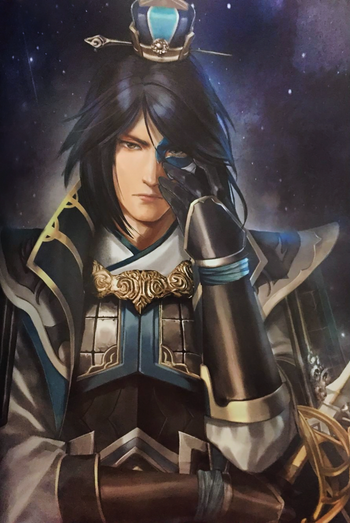 "One day, this entire land will be under my rule."

Son of Sima Yi and elder brother to Sima Zhao, Sima Shi is a man with magnificent intelligence who is skilled in both the military arts and various literary studies. Always pressing onwards to the future with a composed focus, he acts as the strategist and commander for his people. 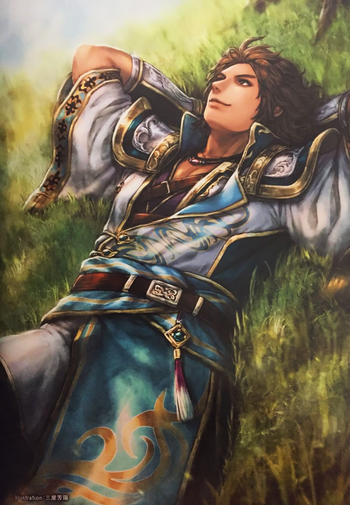 Son of Sima Yi and younger brother to Sima Shi, Sima Zhao acts as the light-hearted contrast to his stern older brother. He may act as though he is goofing off, but he supports his brother's desires for unification in their name.

"The Beauty with the Piercing Eyes" 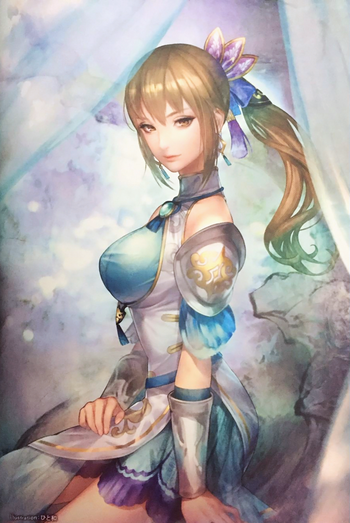 "My role is to see the hidden truth that lies beneath each battle."

Wang Yuanji is a caring and gentle woman to the weak and innocent. With her husband Sima Zhao, and any authority figure however, she spares them no sympathy and is rather curt. 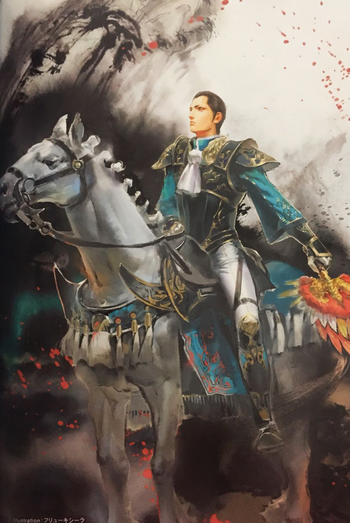 "I carry the pride of my entire clan with me!"

Zhuge Dan is a member of Zhuge Liang's family (history is unclear whether he is Liang's nephew or cousin). A serious and upright individual, he has trouble accepting opinions that clash with his own and known for opposing Sima Zhao. 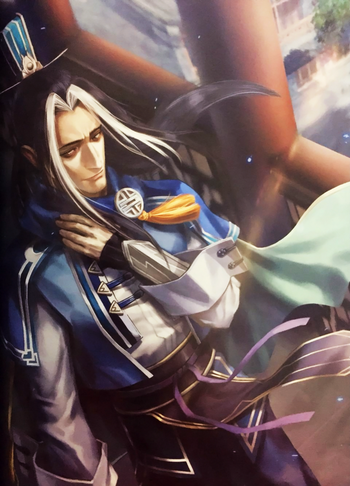 "I do not fear death if it comes on the field of battle."

Guo Huai rose to prominence under Cao Pi and defended Wei many times from Jiang Wei's advances. He is an individual plagued by illness during the campaigns against Shu, but even with his weakened state, Guo Huai is truly a reliable warrior to have on the battlefront. Loyal to Wei above all else, he feels indebted to Xiahou Yuan and Sima Yi. 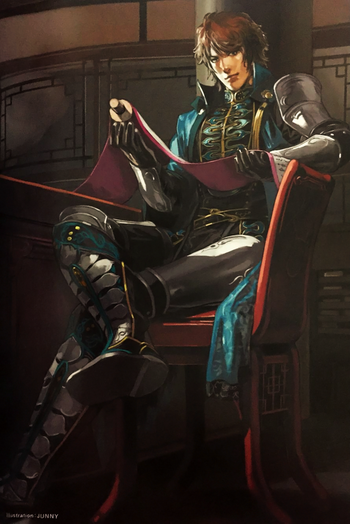 "There is a reason I'm destined for greatness!"

A young, studious man who has the respectable ability to instantly read the battlefield, but due to his personal arrogance, there aren't many fellow officers who trust Zhong Hui. The direct opposite of Deng Ai in every respect, he harbors a seething resentment for the veteran.

"The Self Made General" 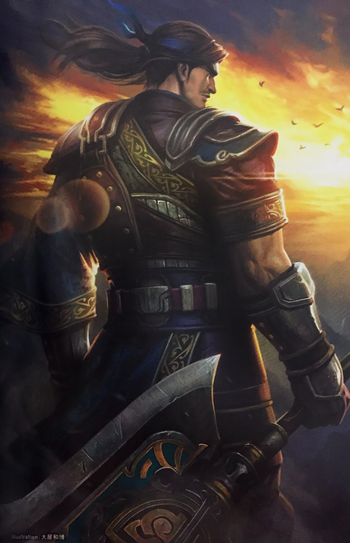 "I will give my life in pursuit of duty and honor!"

Deng Ai is a Wei general who once acted as a minster in office. After witnessing Sima Yi's intellect, he decided to return to the battlefront and watch over the troops during the campaigns against Shu. He has a hobby of looking at maps and, to preserve their accuracy, he is cautious of the war changing the geography of the land. 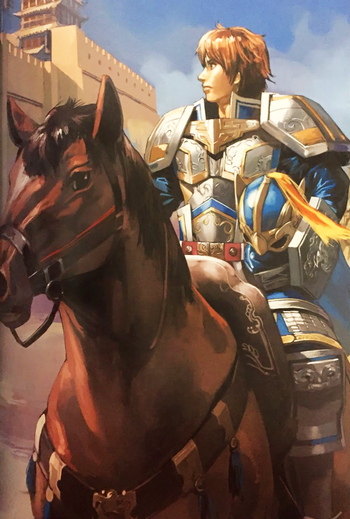 "My armor protects me from any and all dangers!"

Xiahou Ba is Xiahou Yuan's second son and a military general for both Wei and Jin who ultimately rebelled against Sima Zhao and defected to Shu.

He is a bright young man who inherits his father's integrity and will. To hide his age, he clads himself in full armor. Xiahou Ba is striving hard to live up to the expectations of his reputed family. 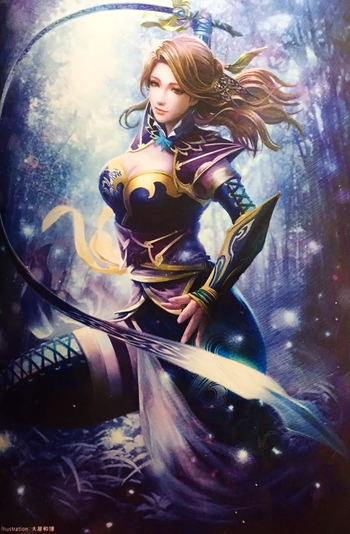 "Whether it's with battles or people, I always get my way."

Sima Yi's wife, Zhang Chunhua is a cunning woman who, while supporting her husband, doesn't seem to mind to commit assassinations for it (like she did to one certain maid). There are rumors that she's the one truly wearing the pants in their marriage by either outsmarting Yi or scaring him. 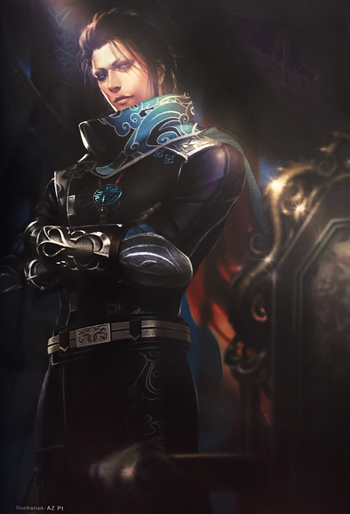 "You can rest easy now that I'm here."

A Jin advisor who has served the Sima family since the days of Wei, Jia Chong continues to serve them all the way through the formation of Jin. As the Sima family's political officer, he is in charge of negotiations, alliances and the handling of prisoners. His deep, sincere loyalty to the Sima family contrasts starkly with his methods, both pragmatic and often cruel, but nonetheless he has an essential role in the eventual unification of all China. 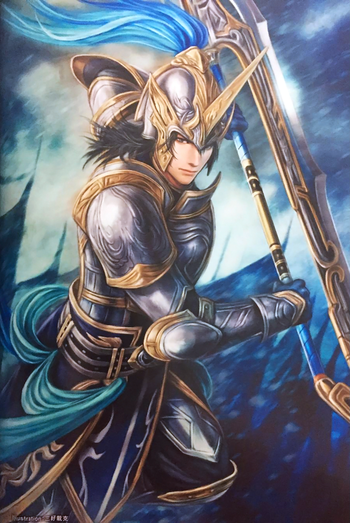 "I live for the thrill of battle."

Son of Wei general Wen Qin and often compared with Zhao Yun, Wen Yang participates in Guanqiu Jian's rebellion and had a part in causing Sima Shi's death. When Zhuge Dan rebelled and subsequently tried to put Wen Qin to death, Wen Yang was outraged and defected to Jin, becoming one of its greatest generals. 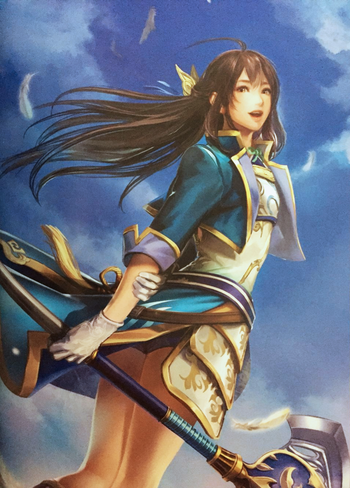 "We live in such dark times. I hope to be the bringer of light."

Xin Xianying is the daughter of Xin Pi, an adviser of Yuan Shao. An intelligent woman, she was quite keen in politics. She has a knack to make comments that were taken in by her father and influenced the course of battle, one of such which prevented Sima Yi to make a reckless charge in response of Zhuge Liang's taunt during the Battle of Wuzhang Plains, the latter ended up dying one month later. Xianying survived through the era of Jin and like Wang Yuanji, she can sense that Zhong Hui is plotting to rebel against Sima Zhao.