A list of notable non-playable characters of the Shu Kingdom in the Dynasty Warriors series.

A eunuch who infamously served Liu Shan in court. He is often considered as one of contributing factors that led to the downfall of Shu. 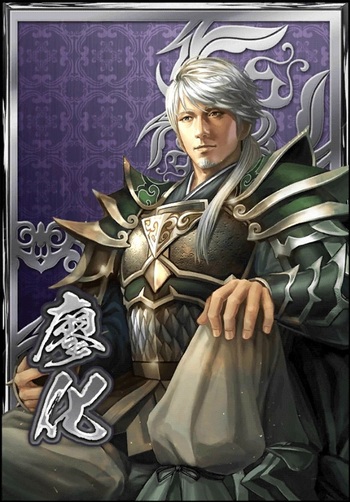 A former Yellow Turban, Liao Hua is a loyal officer of Shu and one of Guan Yu's most loyal retainers. He lived to see the rise, establishment and collapse of the Kingdom of Shu.

Mi Fang
Shamoke
A tribal chieftain who aligned his tribe with Shu. Most notable for slaying Gan Ning during the Battle of Yiling before he himself fell in the same battle.
Chen Shou